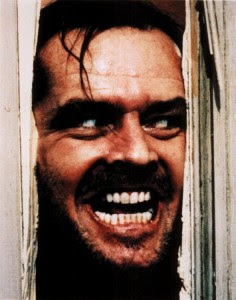 A big shout out to Rick Bascuas for stepping in last week while I was taking a little time with the kids for Spring Break.


Some quick hits from while I was away:


1. Willie Gary's son is about to be sentenced by Judge Moore in Ft. Pierce. He has a new lawyer (Jeff Weiner) who will be "supervising" 6 other lawyers.


2. Miami's own Robert Glazier will be arguing Krupski v. Costa Crociere, case no. 09-337 in the U.S. Supreme Court this month for the Respondent. Also on the brief is David Horr, Stephanie Wylie, and Brian Scarry of Horr, Novak & Skipp. Here's the opinion from the 11th Circuit, which affirmed Judge Altonaga. The case in a nutshell: The plaintiff was injured on a cruise ship. Shortly before the limitations period ran, the plaintiff filed suit, but named as defendant the ticket seller, rather than the operator of the vessel. About five months later, after the limitations period ran, the plaintiff sued the proper defendant, the operator of the vessel. The question is whether the claim against the proper defendant relates back to the time of filing of the original complaint. The Supreme Court granted certiorari to address conflicting interpretations of Federal Rule of Civil Procedure 15(c).

3. Your top ten for the blog bracket:


4. Apparently Rick's call for comments left some of you asking for the blog to be opened up again so that there wouldn't be moderation. Here's the thing -- it would be a lot easier for me not to screen the comments, but people are vicious in the comments and that's not what the blog is for. So I screen them. If you think a comment should go up and it doesn't, email me and we'll talk about it. But I'm not going to let the blog be used for anonymous attacks against people.

5. Wednesday, April 14 will be the fourth Federal Bar luncheon of the season at the Bankers Club. Honorable Barry Garber and Bob Josefsberg of Podhurst Orseck will be speaking.

Kobie Gary's sentencing is before Judge Moore in Miami