Here are pictures (yes, they were taken with my phone so they aren't so good) from yesterday's really nice award ceremony for Judge Graham: 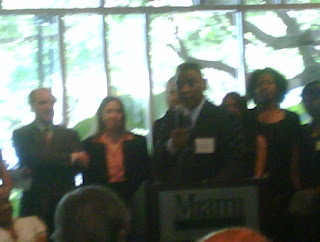 Judge Graham accepting the award, surrounded by his law clerks. 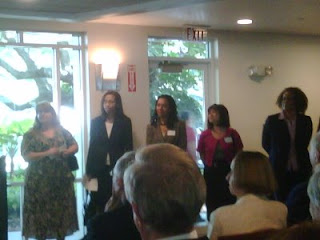 Judge Graham's staff, who he thanked during his acceptance speech. 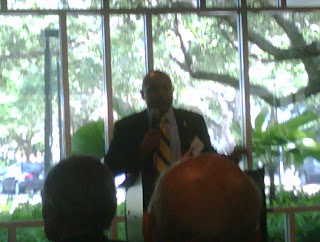 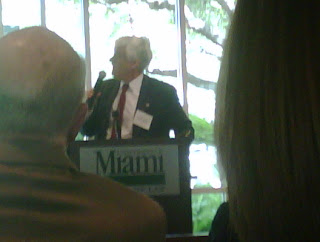 There's the Chief and the back of Judge Palermo's head. 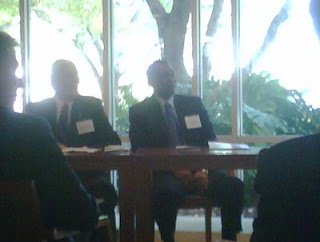 Next time let me take the pics.

He would make a great Chief!