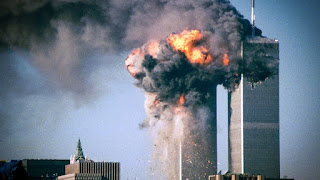 September is my favorite month, especially when I can spend part of it in New York, like I did last week. Fall is beginning to poke its way into the end of summer. The air was cold enough to make a Miami lawyer shiver, while New Yorkers ( I used to be one until Janet Reno hired me in 1986) wore shorts and T-shirts and soaked up the remaining sun. Saturday, the twentieth anniversary of the  9/11 attacks,  hung over everything, mostly unspoken, but never far away.

I grew up in Brooklyn, and I watched the twin towers being built. As a child I marveled at the predictions for Battery Park and the lower west side of Manhattan. There would be apartment buildings for people to live in! In lower Manhattan! This was a strange concept in the days when only struggling artists inhabited industrial lofts in an area of Manhattan vaguely known as “SoHo”.

Fast forward to May 26, 1977, and I am staying at my father’s loft at 100 Wooster Street. He wakes me up and drags me to the roof  where we  watched George Willig climb South Tower Two. Willig made it to the top, was arrested, and later paid a fine. For me the Towers were no longer a symbol of Wall Street- they now had a little rebel New Yorker in them- an attitude I admired, like when Springsteen sings “When they said sit down, I stood up.” in Growin' Up.

As a New Yorker, I had one very specific need for the Towers: every time I got out of a subway station in Manhattan, I would spin around until I saw the towers; then I was oriented to downtown and uptown and could set off on my journey. The first time I exited a subway station after 9/11, I instinctively did my spin and did a futile 360- they were gone.

In Holder v. Humanitarian Law Project, 561 US 1, (2010)  CJ Roberts, writing for the majority, in a 6-3 decision,  upheld 18 U.S.C.A. §§ 2339A & B in which Congress prohibited almost any conduct that provided “material support” to a designated terrorist organization.  In other words, say what you want, do what you want, support whom you want, unless you are speaking out for, and supporting an organization Congress does not like (which in the 1950’s included the American Communist Party). The law has frightening implications.

Maybe Roberts thought he was just calling balls and strikes when he opined “If only good can come from training our adversaries in international dispute resolution, presumably it would have been unconstitutional to prevent American citizens from training the Japanese Government on using international organizations and mechanisms to resolve disputes during World War II.” Holder, 561 U.S. at 38. I understand the analogy, but a bit of judicial activism crept into Roberts’ reasoning IMHO.

The 9/11 attacks took 2,977 lives that day (many more as the years wore on). It set our nation on a course of deadly, costly and destructive wars, and it permanently altered our legal system and enforcement of Constitutional rights. Rightly or wrongly,  a “terrorist exception” was created for the Bill of Rights out of our fears in the aftermath of the attack. And yet, as James Madison wrote in Federalist 41: "Security against foreign danger is one of the primitive objects of civil society, It is an avowed and essential object of the American Union." The tension between the Bill of Rights and the issues of modern America are as prominent and taut as ever.

One last personal note. I spent my formative years in Brooklyn hanging around the fishing docks in Sheepshead Bay until the captain of the Amberjack V took pity on me one day and said “get on the boat kid” which started a decade long love affair with a job as a mate on a fishing boat. In the days after the attack,  I saw pictures of the Amberjack V- my boat- rescuing people from Battery Park on 9/11 and taking them to New Jersey- anywhere in NY was thought to be too dangerous. I could not have been prouder to have been a New Yorker and a mate on the Amberjack. 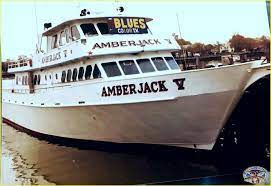 I am not sure this post is what David envisioned when he gave a bunch of us a shot at following in his large footsteps with the blog he built. I am grateful for the opportunity, and in the coming weeks and months (and years?) I  will endeavor to bring to your Monday mornings some of my thoughts on the intersection of legal and social issues from hopefully an interesting and personal perspective. Or Maybe David just says "WTF?"  and revokes my access.

I'm a little perplexed by your quotation of Federalist 41. From the rest of the paragraph, it would seem that you quote Federalist 41 with the intention of supporting the point that there should not be a "terrorist exception" to the Bill of Rights. But, the portion you quote (as well as the broader context within Federalist 41, after I looked it up) would seem to rather support that the federal government should have the powers to secure against foreign danger. I think that paragraph needs to be tweaked in order to better express what you're aiming for.

He noted that there was tension between the two. No tweaking needed.