FOR THE DEFENSE, EPISODE 3 TOM MESEREAU DISCUSSES HIS DEFENSE OF MICHAEL JACKSON 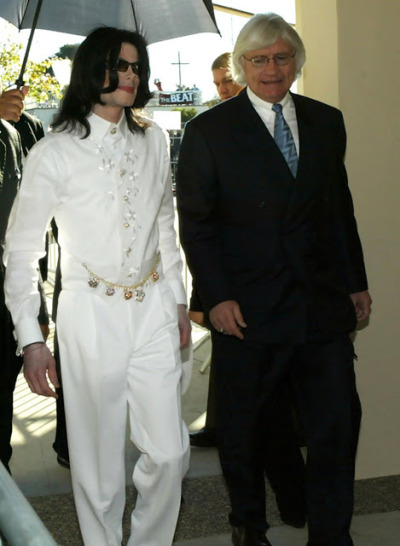 FOR THE DEFENSE, EPISODE 3
TOM MESEREAU DISCUSSES HIS DEFENSE OF MICHAEL JACKSON

The King of Pop needed the absolute best trial lawyer he could find as the stakes couldn't have been higher. Stars lined the audience and the witness stand in a trial with wall-to-wall coverage. The question to be answered at trial: Was Neverland Ranch the site of childhood fantasy or unthinkable nightmares?

Everyone had an opinion on how Jackson and his lawyer should defend the case. Tom Mesereau had to put aside the noise and trust what got him there -- his trial lawyer instincts. From picking the jury to cross examining the complaining witnesses to deciding whether to call Michael Jackson himself to the stand, Mesereau made the right decision each and every time despite enormous criticism along the way.

We will discuss those interesting calls with Tom Mesereau on this week's episode of For the Defense.I really appreciate the feedback I've received about the first two episodes (with Donna Rotunno, the lawyer that represented Harvey Weinstein, and Roy Black for his representation of a Miami police officer who shot and killed a young Black man leading to riots). Please keep the comments coming.

Also, it would be really helpful if you could subscribe and give feedback on the podcast platforms as well. It seems like Apple Podcast is the most popular platform, which is available here. All other platforms can be accessed on this website.

Hard to figure who has the worst suit in that picture.

Subscribed this morning, congrats on launching your podcast.

Thank you, really enjoying the podcast. One small point when Mr. Mesereau talked about reading books on trial cases I wish you had asked what his favorites are or what he recommends (for lawyers and non-lawyers).