I love following a good trial, and the Apple vs. Samsung fight is high drama.  Plus the case has the added bonus of seeing behind the Apple curtain.  Here's the latest from the WSJ:


On Friday, Scott Forstall, a senior vice president who oversees the software used on the company's mobile devices, testified that as early as January 2011, an Apple executive advocated that the company build a tablet with a 7-inch screen. Apple has generally disputed the appeal of devices smaller than its 9.7-inch iPad, despite reports the company is developing a smaller model.
In cross-examination, Mr. Forstall said Eddy Cue, now head of Apple's Internet services efforts, had used a 7-inch Samsung tablet for a time, and sent an email to Chief Executive Tim Cook that he believed "there will be a 7-inch market and we should do one."
Mr. Forstall also testified that Apple in 2004 placed unusual rules around how it would assemble a team to build the iPhone, or "Project Purple," as it was called then.
Mr. Forstall said co-founder Steve Jobs told him he couldn't hire anyone from outside the company to work on the user interface, or the buttons and images that appear on the screen. So, he said, he found "superstars" from within Apple and said he was starting a secret project and he wanted help.
He recalled telling them, "If you choose to accept this role, you will work harder than you ever have in your entire life."
Mr. Forstall described "locking down" one floor of the company's buildings at first with cameras and keycard readers to beef up security regarding the project. He also took to calling it the "purple dorm," after the project's code-name, purple. They also put a sign up on the front door with the words "Fight Club" written on it, referring to the hit book and movie in which characters are told not to talk about what they were doing.

Samsung wasn't sanctioned for the Quinn press release, but the judge wasn't happy:


Information that was not shared with jurors has triggered some of the biggest fireworks so far in the trial, which kicked off with jury selection Monday and testimony Tuesday and Friday. U.S. District Judge Lucy Koh blocked Samsung from introducing evidence that it says shows the iPhone design was inspired by Sony products, an attempt to weaken Apple positions that the iPhone was an original design copied by Samsung.
A Samsung representative shared the information with reporters, prompting a request from Apple for the court to sanction Samsung. On Friday, Judge Koh denied Apple's request, but criticized Samsung's legal team and polled each juror individually to make sure they hadn't read about it.
"I will not let any theatrics or sideshow keep us from doing what we're here to do," she said.

Koh didn't have any Pink Panther references though as did our very own Judge Cooke:


Cooke did not issue sanctions against any of the lawyers from Greenberg Traurig, whose chairman, Cesar Alvarez, had issued an apology to the judge during a May sanctions hearing after admitting “mistakes were made.”
In her 30-page ruling, the judge compared the firm and TD Bank’s legal defense to a popular comedy movie, saying “it often times appears that this litigation was conducted in an Inspector Clouseau-like fashion.
“However, unlike a ‘Pink Panther’ film, there was nothing amusing about this conduct, and it did not conclude neatly.”

Meantime, a jury acquitted John Keker's client in New York but issued an interesting statement along with its decision:


As Beau Brendler sat in the jury box listening to the government's case against a former Citigroup midlevel executive, the same question kept entering his mind.

"I wanted to know why the bank's C.E.O. wasn't on trial," said Mr. Brendler, who served as the jury's foreman. "Citigroup's behavior was appalling."
Despite that sentiment, Mr. Brendler and his fellow jurors - a group that included a security guard, a lab technician and a full-time musician in a rock 'n' roll band - cleared the former Citigroup executive, Brian Stoker, of wrongdoing over his role in selling a complex $1 billion mortgage bond deal during the waning days of the housing boom.
But even as the jury reached a consensus that the Securities and Exchange Commission failed to prove its case, it was left with an uneasy feeling that the verdict inadequately described its feelings about Citigroup's conduct.
"We were afraid that we would send a message to Wall Street that a jury made up of regular American folks could not understand their complicated transactions and so they could get away with their outrageous conduct," Mr. Brendler said. "We also did not want to discourage the government from investigating and prosecuting financial crimes."
So the jurors did something extremely rare: They issued a statement alongside their verdict.
"This verdict should not deter the S.E.C. from continuing to investigate the financial industry, review current regulations and modify existing regulations as necessary," said the statement, which was read aloud by Judge Jed S. Rakoff in Federal District Court in Manhattan on Tuesday.
Mr. Brendler, a 48-year-old freelance writer, wrote the sentence after soliciting input from the seven other jurors. He scratched it out on a yellow sheet ripped from a legal pad, wrapped it around the verdict form and put both in a sealed envelope that was delivered to the judge.
"It wasn't a particularly eloquent statement, but we hoped it would get a point across," Mr. Brendler said.


In explaining the verdict, both Mr. Dawson and Mr. Brendler said that they believed that Mr. Stoker was made a scapegoat for the industry's sins. In his closing statement, Mr. Stoker's lawyer, John W. Keker, hammered away at that point, arguing that his client "shouldn't be blamed for the faults of banking any more than a person who works in a lawful casino should be blamed for the faults of gambling."

Mr. Keker underscored this point by showing the jury an illustration from "Where's Waldo?," the children's book in which readers are challenged to find the hidden title character. He likened his client to Waldo, suggesting that Mr. Stoker, 41, was merely a blip in Citigroup's vast C.D.O. universe.
"Most of this trial had nothing to do with Brian Stoker," Mr. Keker said.
Mr. Dawson said that the "Where's Waldo?" allusion resonated.
"I'm not saying that Stoker was 100 percent innocent, but given the crazy environment back then it was hard to pin the blame on one person," Mr. Dawson said. "Stoker structured a deal that his bosses told him to structure, so why didn't they go after the higher-ups rather than a fall guy. 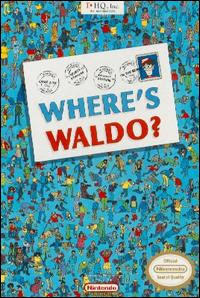 Posted by David Oscar Markus at 5:30 AM

the Miami Link: Eddie Cue is a Miami boy-- born and raised and went to school with me, a lowly state prosecutor at Deerborne in Coral Gables, graduating in 1981-- Deerborne was torn down and its now the Benz dealership-- (he was a good basketball player too)