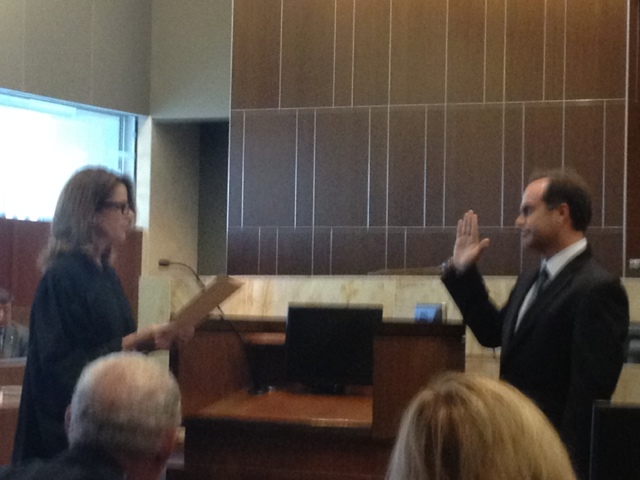 The Apple/Samsung trial has Judge Koh.  But we have Judge Turnoff, who had these gems yesterday (via Sun-Sentinel):

In September, the judge found the two men in contempt of court and ordered them to repay every dime of the fees or explain why they couldn't pay. The two ignored the order for months. Roy had to be arrested in New York last month to answer to the judge.
Mayas had claimed he sold the Miramar home but underwent a change of heart or mind after the judge spelled out the consequences of continuing to test his patience.
Then Mayas skipped a court hearing last week, in part he said, because he got sick after undergoing a colonoscopy. But the judge wasn't buying it .
"There's simply no excuse'' for his failure to show up in court last week, Turnoff told Mayas.
When Coulton's lawyer, Paul Petruzzi, told the judge Mayas had not handed over the keys to his vehicle and his Monarch Lakes home, the judge demanded he turn over the keys in court.
As Mayas fumbled with his briefcase and his keyring for what seemed an unnecessarily long time, the judge cracked: "I bet the colonoscopy was easier than this."
With the house keys in hand and a promise the car would be turned over within hours, Petruzzi said it was a small step toward making things right.
But he said Coulton wasn't particularly enjoying watching his two former lawyers put through the legal wringer.
"This will barely make a dent in what they owe to my client," Petruzzi said. "[Coulton] would be a lot happier if he could just go back in time and have hired a proper lawyer from the start."
Posted by David Oscar Markus at 11:34 AM

Meeeeeester Markus!!!!! How did you get a camera in the courtroom? Your cheeeeeeief Judge wants to know.