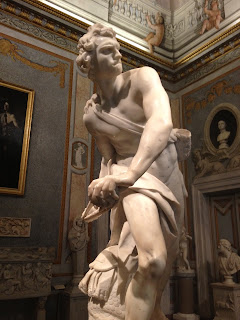 A big thanks to Rumpole, SFL, and Jeff Marcus for their wonderful blogging while I took a break.

Nothing much happened while I was gone -- there was naked face eating, the Heat kept on winning, and Heath Bell blew some saves.

-- The Unabomber gets into the Harvard alumni book.

-- The Vatican is in chaos because a butler released some documents.

If you want something really interesting to read, check out this article in the WSJ about why we lie.  It's a wonderful piece that explains, in part, that stiffer jail sentences don't really deter criminals.  From the intro:

Not too long ago, one of my students, named Peter, told me a story that captures rather nicely our society's misguided efforts to deal with dishonesty. One day, Peter locked himself out of his house. After a spell, the locksmith pulled up in his truck and picked the lock in about a minute.
"I was amazed at how quickly and easily this guy was able to open the door," Peter said. The locksmith told him that locks are on doors only to keep honest people honest. One percent of people will always be honest and never steal. Another 1% will always be dishonest and always try to pick your lock and steal your television; locks won't do much to protect you from the hardened thieves, who can get into your house if they really want to. The purpose of locks, the locksmith said, is to protect you from the 98% of mostly honest people who might be tempted to try your door if it had no lock.
We tend to think that people are either honest or dishonest. In the age of Bernie Madoff and Mark McGwire, James Frey and John Edwards, we like to believe that most people are virtuous, but a few bad apples spoil the bunch. If this were true, society might easily remedy its problems with cheating and dishonesty. Human-resources departments could screen for cheaters when hiring. Dishonest financial advisers or building contractors could be flagged quickly and shunned. Cheaters in sports and other arenas would be easy to spot before they rose to the tops of their professions.
But that is not how dishonesty works. Over the past decade or so, my colleagues and I have taken a close look at why people cheat, using a variety of experiments and looking at a panoply of unique data sets—from insurance claims to employment histories to the treatment records of doctors and dentists. What we have found, in a nutshell: Everybody has the capacity to be dishonest, and almost everybody cheats—just by a little. Except for a few outliers at the top and bottom, the behavior of almost everyone is driven by two opposing motivations. On the one hand, we want to benefit from cheating and get as much money and glory as possible; on the other hand, we want to view ourselves as honest, honorable people. Sadly, it is this kind of small-scale mass cheating, not the high-profile cases, that is most corrosive to society.

Posted by David Oscar Markus at 9:07 AM

They are trying to take the already very sorry 11th Circuit and complete its ruination by ensuring that political hacks and ideologues get appointed - save for Jordan, who they tried to filibusterer, the 11th has been lost to the right wing fanatics who run it. With Pryor of the "right" being as young as he is, things will be like this long after I retire.

that looks like you. the facial expression i mean. seriously. and the receding hairline.

Graphic pictures of Cannibal Victim: Warning not for faint of Heart"--- http://i.imgur.com/KKokC.jpg

Since you weighed in on Lewis Tein being "cleared," it's only right that you publish Jay's article on the 3rd DCA's recent opinion.