Another Vacancy on the 11th Circuit -- Is a Compromise Near? 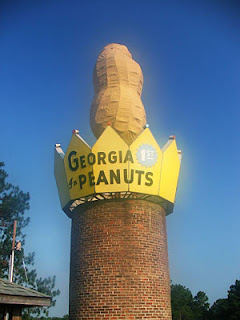 Hi there, SFL filling in for DOM as we hit the long holiday weekend.

It's true our own Judge Jordan was elevated without too much drama, discord, or delay, but that's not the case with Jill Pryor, who was nominated in February to fill Judge Birch's seat but has yet to be confirmed.


An intriguing possibility is that Edmondson's decision could allow the White House and the senators to compromise on a package of two nominees to the Eleventh Circuit — namely, Pryor and Troutman Sanders partner Mark Cohen.

The Daily Report previously reported that Cohen was vetted late last year by FBI agents and the U.S. Justice Department for the Eleventh Circuit post, an indication the White House had considered him for Birch's seat. Cohen has Democratic connections — he served as Governor Zell Miller's executive counsel and chief of staff.

But, acting as a special assistant attorney general for the state, he defended challenges to Georgia's voter ID law, a statute that Democrats generally consider anathema. Pryor, a partner at the Atlanta litigation boutique Bondurant Mixson & Elmore, previously was a member of the American Civil Liberties Union of Georgia's legal committee.

But it's by no means clear that either the White House or the senators would go for such a package.

Hmm, a Troutman Sanders partner who defended Georgia's voter ID law --  I think that makes you a moderate in the Peanut State.

Posted by South Florida Lawyers at 11:23 AM

So now they're going to hold it against lawyers as a result of positions they had to take in the course of REPRESENTING THE STATE? Not exactly a client you can elect to decline. What a joke.