"We are the red-headed, jug-eared freckle-faced, buck toothed bastard stepchildren of the federal government." 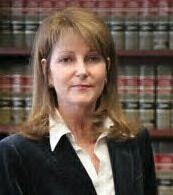 That's Kathy Williams, the Federal Defender of our District, in The Daily Business Review article that covers her and her office here. Another great quote from Kathy in this glowing article: "Your mechanic and your plumber makes more than a CJA lawyer."

She is the best federal defender in the nation so this article is well-deserved. And yes, she is my former boss so I am biased.

Posted by David Oscar Markus at 7:28 AM

why post links to articles that we can't read?

who practices law in this town and doesnt subscribe to the review?

Me. David's Blog is better.

I'm a CJA lawyer and can’t afford this expense. I depend on this appointment to sustain my woeful practice. We cannot all be like David!

reading my mind, guys. DBR is on public library web, but takes a genius to navigate...

Financially strapped prosecutors are approaching judges with a novel concept: ordering defendants to pay for excessive investigative and prosecutorial costs. Tom Sneddon, executive director of the National District Attorneys Association, defends the practice. "Where there is an opportunity and there is an unusual case, if you can recoup costs, then you should," said Sneddon, who as a former prosecutor has secured reimbursement from defendants.

If the US Attorneys Office, Civil Rights Division/Public Corruption Division does not Pick up this case, Acosta is an absolute JOKE:

DAVIE - Strapping a gun to your side and coercing a woman to perform a sex act is usually called sexual battery. Doing it to an intoxicated woman while on duty and wearing your police uniform can lead to abuse-of-power charges and years behind bars.

But after a local officer was accused of doing just that, Davie police and prosecutors decided on a different charge: unlawful compensation.

Former Officer Jonathan D. Sanders, 30, elicited a "benefit not authorized by law, to wit: oral sex" from a Davie woman who feared she would be arrested if she did not comply, according to the charging documents. When detectives found out, they never interrogated Sanders and a supervisor allowed him to listen in on a call between officers and the man who reported the incident, records show.

Sanders, of Sunrise, pleaded no contest in May to unlawful compensation, spent 60 days in jail on a 90-day sentence and was not formally designated a felon. That's despite DNA evidence, witnesses who talked with the sobbing victim minutes after the encounter, and Sanders' initial claim that he unzipped his pants simply so he could urinate outside while on duty.

Now Davie is fighting a lawsuit by the victim, the police chief and town administrator aren't talking, and some elected officials are complaining they didn't even know about the incident or the lawsuit until contacted by the Sun Sentinel.

"The leaders of the town should know what's going on in town — even if it's bad," Councilman Bryan Caletka said. "I expect better from the Davie Police Department."

Sanders, who gave up his law enforcement certification and was placed on probation for three years as part of the plea deal, could not be reached for comment despite five phone calls to his home. His attorney, Tony Livoti, said Sanders served with distinction.

"Officer Sanders was an outstanding police officer and a decorated [ Iraq] War veteran who made a terrible mistake and he's paying for it," Livoti said.

The Sun Sentinel is not identifying the woman because of the sexual nature of the crime, but did review transcripts of her videotaped statement, court records and police reports. They provide this account:

The 32-year-old woman had been arguing with her boyfriend after midnight Sept. 3, 2007, near a Davie gas station. The couple went their separate ways when Sanders and two other officers arrived.

Minutes later, Sanders approached the woman in his marked cruiser and asked "if she needed anything." When she complained about not having money, he offered to give her some cash at a nearby McDonald's.

The woman arrived about 1 a.m. to find Sanders urinating behind a dumpster.

The woman, who admitted to being "quite tipsy," said Sanders told her "You don't want to be any trouble, do you? I need you to do me a favor," and then exposed himself.

The woman said she felt she would be jailed if she refused his advances.

After the encounter, Sanders gave the woman $5 and threatened to arrest her if she told anyone what happened, she said.

Thirty minutes later, he approached the woman again while she was walking along Southwest 39th Street and told her to meet him at the Bergeron Rodeo Arena. She said she worried he might arrest her if she didn't show up. At the arena, she said, he told her "I want some more" and unzipped his pants.

The woman said she felt she had no choice but to follow the officer's orders again.

"It seemed like it was either that or go to jail," she told detectives.

Records show detectives reacted immediately to the allegations. The victim was interviewed on videotape within hours and some of her clothing was sent to the Broward Sheriff's Office crime lab for processing of a semen sample. The next day, Sanders was put on administrative leave with pay.

But the files raise questions about whether police withheld information or gave Sanders special treatment. For example, the police report leaves blank Sanders' place of employment. Detectives did not attempt to elicit a confession or contradictory statements from him, a common law enforcement tactic. And, less than seven hours after the encounter, a police supervisor let Sanders listen in on a conference call with the victim's ex-husband, who reported the incident.

That Broward case smells to high hell. I know for certain the Dade SAO prosecutes public officials for sexual battery for those cases. I have seen it done with corrections officers and police officers. Now I understand every case is different and it appears that in the Broward case the woman was impaired with alcohol. But consent is not a defense when an individual is in the custody of a police officer.

The Feds should look at this case closely. What happened in Broward smells.

The Rumpole above is a imposter! David I demand you delete the comment of this imposter!

David, this is too funny! There are now dueling Rumpoles - somebody copied Rumpole's profile and blog and is really pissing Rump de la Rump off. Priceless. It is amazing that is took so long to come up with. Hopefully it won't last too long because the true Rumpole is the Best!

C'mon, people... think like a defense lawyer (cops can be clients, too). This lady was not "in custody," not under arrest, and begging a cop for burger money. She agreed to MEET him elsewhere; he didn't take her there or force her there or anything remotely like that. If she was afraid of being arrested for non-compliance, why didn't she go to the police station instead of going to the meet-up spot?? How does he arrest her if she's not there?? She was tricking for a little dope $$ and he thought he could scam it for free... No battery; too bad he took a felony instead of exposing this huckster for what she is.

I am pretty sure the "bastard" "jug eared" part refers to Jaoquin Mendez.

Rough crowd in here. Must be spill over from my blog.

Protected under US Copyright laws.

Davie PD is screaming bad press and misconduct. Some one with some kahunas needs to put a shortleash around his officers.I dont think that will be Lynn.