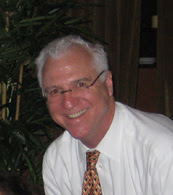 1. More on the tragic death of Hugo Black III here from Julie Kay. There are some really nice comments in this post about Hugo. Feel free to add your memories of him. That's a picture of Hugo to the left.
2. We posted earlier about Jack Thompson upsetting Judge Jordan. Thompson has filed at least 14 responses to Judge Jordan's order. In one, he tells U.S. Attorney Alex Acosta to investigate Norm Kent: “You have no choice but to initiate a criminal investigation into this individual and if you do not so proceed by Wednesday, October 3, 2007 at 5:00 p.m., I shall proceed to secure a federal court order to compel you to do so.” Judge Jordan issued another order on Monday (posted here, courtesy of GamePolitics), saying that Thompson does not have “a free reign to unnecessarily flood the docket in this case with a series of motions…that have no bearing on the issues in dispute in this case.” The Judge added that while Thompson “may have think this case is a war with the world regarding the state of moral standards, it is not.” The court does not have “jurisdiction over moral standards.” Stay tuned.... UPDATE -- GamePolitics has all the goods here, including Thompson's most recent response.
3. The Supreme Court hears argument today in two big sentencing cases -- Gall and Kimbrough. These cases are being watched closely by prosecutors, defense lawyers, and judges because they will affect judge's discretion at sentencing. Early prediction -- defense wins on both cases, which will give district judges the full range of discretion they should have at sentencing. Here's an article discussing both cases, and you can always get more info at the best Supreme Court website -- scotusblog.com.
Posted by David Oscar Markus at 10:45 AM

Your attempt at making Judge Jordan appear to be anything other than fully literate is upsetting. The Judge's quote was gramatically proper, unlike the one you attribute to him. Here is the real quote:

"Despite what Mr. Thompson may think, this case is not a war with the world regarding the state of its moral standards (if it is, I clearly do not have jurisdiction). Therefore, he cannot continue to use this case as platform to battle everything in society with which he disagrees."

Actually the really detailed articles about Thompson are now appearing on the news website where Norm Kent is publisher, located at www.nationalgaynews.com, and there are detailed stories covering everything up through the Judge's order today referrring Thompson's outrageous misconduct to the Grievance Committee.
That's all, for that kind of activity he should be held in contempt...............