Health Care fraud in the DBR

It's Julie Kay's DBR today. She has a whole (cover) section on Medicare fraud, which you can read here. Interesting theories on where health care fraud is coming from -- Jose Quinon says it's from Fidel:

Some lawyers, prosecutors, and agents, however, theorize that the Cuban government is behind Medicare fraud. They argue that the money is routed to Cuba and that’s why prosecutors are never able to get their hands on most of the stolen funds. “I’ve been hearing that Fidel is sending people here to do the fraud for a long time,” Quinon said. A former prosecutor who didn’t want to be identified debunked that theory. “I’ve heard for years, that there are folks … that funnel money back to the island,” he said. “But I have never heard anyone [offer] evidence of a formal tie to the Cuban government.” 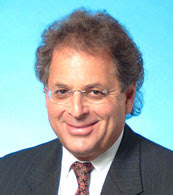 agents trying to get him off the case because his law firm represents some of the insurance companies who supposedly have been defrauded. It's getting ugly in that case as agents are calling Sharpstein's firm's clients to inform them of the potential conflict. The case is in front of Judge Hurley and Sharpstein has hired Lewis Tein.

If it wasn't such a busy morning, I'd have more to say about both of these stories. Perhaps later in the day...

Also, check out Jay Weaver's article about Noriega this morning. The litigation is heating up on that case as well as France is trying to get the US to send him there.
Posted by David Oscar Markus at 10:25 AM

Health care fraud is a booming industry. Something needs to be done about it as we, the taxpayers, end up paying for all of it.

Here's a great article on the newest form of healthcare fraud and scams - monopolistic in house laboratory and medical services - you need to read this as it will affect you:

The newest wave in health care fraud - in house laboratory and medical services - a must read article from Bestbraindrain.com