"We all feel we were abducted by luxurious pirates!" 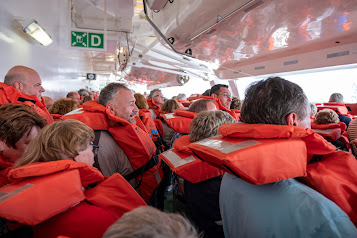 That was cruise ship passenger Steven Heard Fales referring to the crew of the Crystal Symphony. The cruise ship avoided docking in Miami--its end destination--because of an arrest warrant issued by Judge Gayles. The ship diverted to the Bahamas and passengers boarded another ship that took them to Port Everglades. Apparently, the U.S. Marshals were ready to board the ship and take it into custody. The New York Post covers it here.  The federal lawsuit that led to the arrest warrant--brought by Peninsula Petroleum Far East Ptd. Ltd.--alleges that Crystal Cruises' parent company failed to pay $1.2 million in fuel bills. Case Number is 1:22-cv-20230-DPG.

Who tipped off the cruise ship?