The Chief Justice issued his year end report here.  It starts with a feel-good story about the judiciary and former Chief and President Taft. Then, Justice Roberts discusses 3 areas that the judiciary is focused on for 2022: 1) financial disclosure and recusal obligations; 2) inappropriate behavior in the judicial workplace; and 3) judicial assignment and venue for patent cases.  I wonder how many of you were waiting on pins and needles for that third one!  I bet it keeps you up at night, doesn't it?

Meantime, we have lots of work to do in the criminal justice system.  As an example, 10 years is certainly better than 110.  But 10 years for an accident is still obscene.  From CNN: 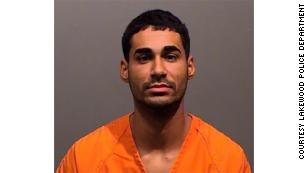 He was driving a semi tractor-trailer in April 2019, traveling at 85 mph, when the brakes failed, he told investigators at the time. He tried to pull over to the shoulder to avoid stopped traffic, but another semi had already stopped there, according to an arrest affidavit.

The crash led to a 28-car pileup that left four dead, the Lakewood Police Department said at the time. Killed were Miguel Angel Lamas Arellano, 24; William Bailey, 67; Doyle Harrison, 61; and Stanley Politano, 69.
"The length of your 110-year sentence is simply not commensurate with your actions, nor with penalties handed down to others for similar crimes," Polis wrote in the clemency letter.
The lengthy sentence had drawn national scrutiny, with celebrities like Kim Kardashian West calling for a lesser penalty. More than 5 million people signed a petition asking the governor to reduce Aguilera-Mederos' sentence.
In his letter, Polis wrote the "arbitrary and unjust" sentence was "the result of a law of Colorado passed by the legislature and signed by a prior Governor and is not the fault of the judge who handed down the mandatory sentence required by the law in this case."
During Aguilera-Mederos' sentencing hearing earlier this month, Colorado District Court Judge A. Bruce Jones said he was bound to the mandatory-minimum sentencing laws in the state, according to CNN affiliate KMGH.

Posted by David Oscar Markus at 9:59 AM

Anyone else catch the Star Wars reference?

So sad, this happened. Everyone must drive with care.

No Rumpole your the only one who caught that. Get over yourself.

Glad to see that Roberts addressed the judiciary's recusal and sexual harassment issues head on.

12:43 You should get over me. I run a blog that is widely read. You write simplistic and nasty comments because you can't do anything else. Sorry I occupy so much space in your mind. Try meditation.