The Deepwater Horizon explosion was arguably the worst environmental disaster in United States history.  In its effort to assign blame, the government pointed the finger at a number of individuals who turned out to be scapegoats, including Robert Kaluza, the off-duty rig supervisor who was filling in for a few days.  David Gerger discusses his successful defense in this episode of For the Defense.

You can check it out on Apple, Spotify, and Google,  All other platforms, including a regular desktop player, can be accessed on our website. 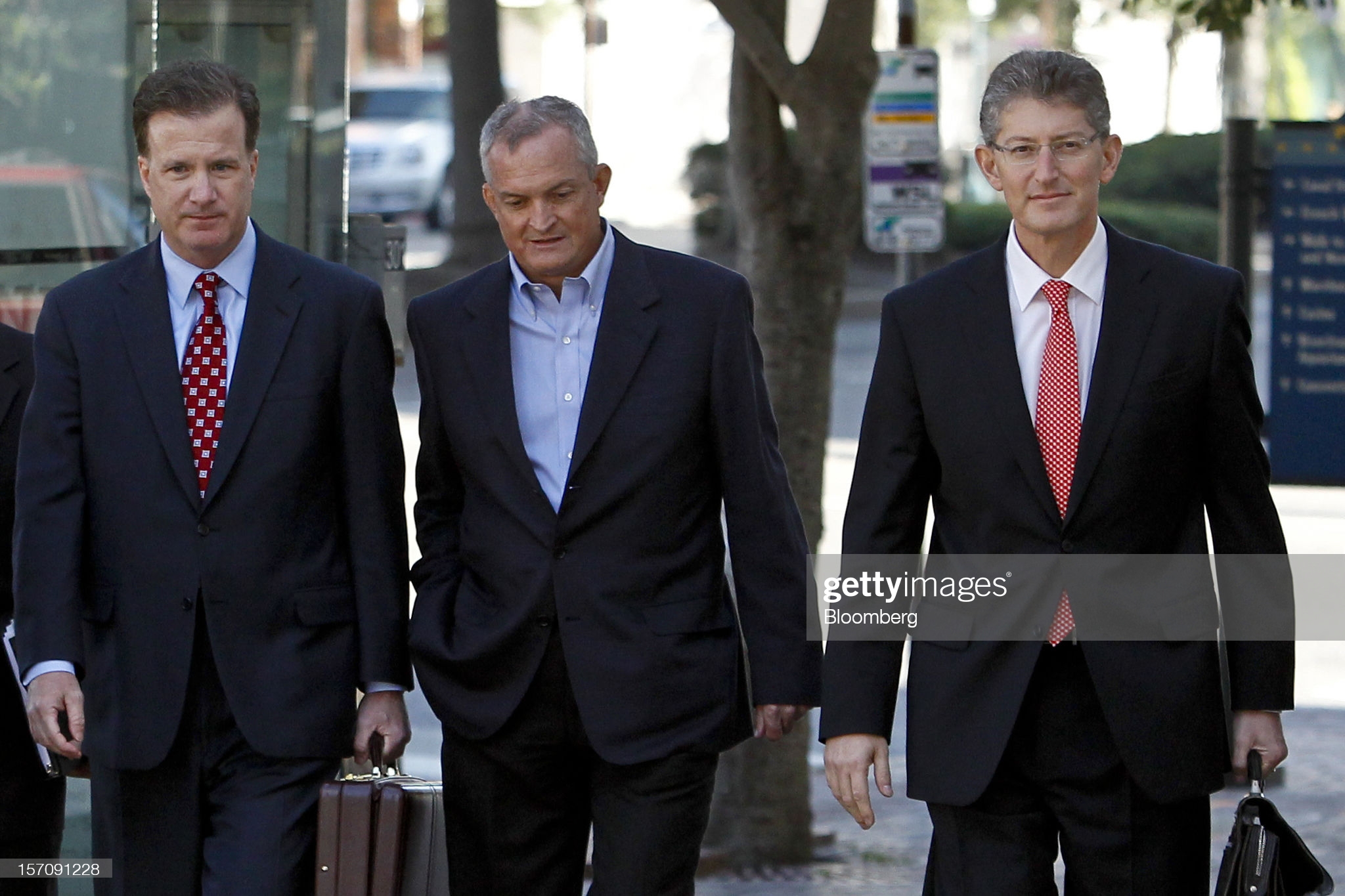 Robert Kaluza, a well site manager for BP during the 2010 explosion on board the Deepwater Horizon oil rig, center, arrives at federal court with his attorneys Shaun Clarke, left, and David Gerger, right, in New Orleans, Louisiana.
.
Previous episodes this Season include:
Coming up on For the Defense: It's not too late to catch up on Season 1 if you missed it (which included the following lawyers: Donna Rotunno, Roy Black, Tom Mesereau, Marty Weinberg, H.T. Smith, F. Lee Bailey, and Hank Asbill).

To receive Florida CLE credit for Season 1, email me at dmarkus@markuslaw.com (Season 2 was recently approved for CLE and we will send the code at the end of the season).

Hosted by David Oscar Markus and produced by rakontur

CONTACT: info@rakontur.com, dmarkus@markuslaw.com
Posted by David Oscar Markus at 7:00 AM

Will the DOJ finally clean up its misconduct act?