Sam Rabin is a legend. (UPDATED)

Corrected: This is what Sam Rabin wore to court today: 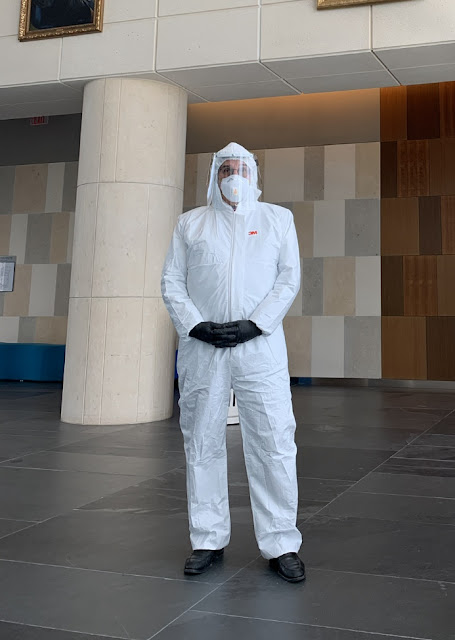 The original post said Sam was ordered to appear, but that was not accurate. He could have Zoomed into the sentencing hearing (as the prosecutor did), but he wanted to be sitting next to his client during the hearing.

UPDATE -- for those of you who think this was over the top, here's the latest from FDC-Miami:


Ivan Gonzalez Ramirez, 68, was awaiting trial for a drug offense at a federal prison in Miami. He had long-term, pre-existing medical conditions. The BOP just announced that he died on Sunday from COVID-19.

We need to get to the bottom of this. Did he test positive when he arrived? Seems doubtful. Did he contract while at FDC or in court? And judges are bringing defendants to court.That needs to stop and we need answers.

The BOP press release states he was in custody since April 3, 2020 and he showed symptoms on June 22. That is at least 10 weeks since he was taken into custody. The normal protocol stipulates a two week quarantine, so there is no other explanation that that he contracted the Virus inside FDC.


One of many to come unfortunately.... unless judges strat letting people out now.

Sam is a rock star who made a great point while using a little humor.
What type of proceeding was he ordered to appear at and who was the judge?

Where do you get that kind of outfit? Amazon?

It looks like painter’s coveralls and made of paper. Home Depot carries but not sure of current availability.