John is leaving the Daily Business Review and headed back to the Palm Beach Post.  He's been a fantastic federal courts reporter and will be sorely missed.


He is a graduate of the University of Arizona and has been a reporter since he was a sophomore in high school. He has worked as a sportswriter and a music critic but his forte has always been hard news. After working 10 years for the Associated Press in Phoenix and Miami as a newsman and a sportswriter, he went to work for the Palm Beach Post in 1999 covering civil and criminal justice, as well as sports news.
He started as the federal courts writer for the Daily Business Review in 2007 where he won awards for his coverage on crooked court-appointed trustees, pill mills, and police shootings.
He should be particularly proud of his Justice Watch column, as well as coverage on prosecutorial misconduct and the Miccosukee litigation. 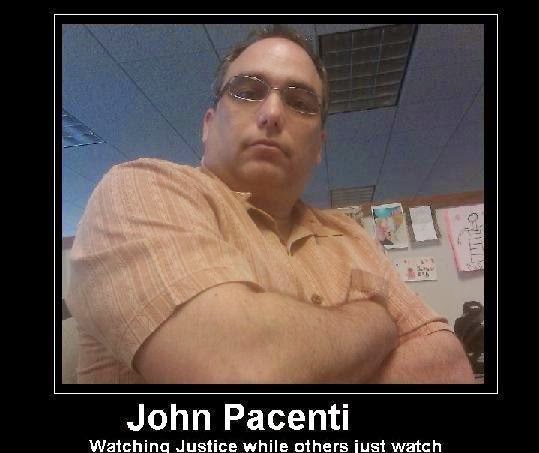 Posted by David Oscar Markus at 11:33 AM

John was a pleasure to work with. He was one hell of a reporter at the DBR. Kept the place alive and running, actually. Gave the place soul. I'll never forget that.

I agree. Compare his work to the mouthpeace for the prosecutors Jay Weaver. Did you see the PR release Weaver did ovet the weekend? Embarrassing.

Well, there goes the last credible, honest federal court reporter that the judges, lawyers and prosecutors trust.
A big loss to the DBR and legal community and leaves a total void for journalism at the federal court level.

Lets not turn this into a Weaver bashing. He is washed-up and has no credibility.

John should be celebrated as the last of a dying breed - an honest journalist who does not allow his personal bias to infect his work. He will be missed.

How many "anonymous" comments are you going to let Pacenti write about how wonderful he is.

John is a tough, honest, highly skilled reporter. He is going to be missed.

Pacenti has built an incredible network of trust and honesty with his diverse sources. It's hard to imagine a reporter with more widespread respect. I know first-hand that when federal judges see him in their courtrooms, they know the case will be honestly reported, with integrity.

This is a HUGE loss for the DBR. It's not every day a small publication gets a journalist of his caliber. He made a tremendous mark with his no-nonsense, hard charging style. They don't make them like John anymore. He wasn't always easy to manage, but that same headstrong nature is what makes him such a bull dog for the readers. Congrats to John.

Terrific, tireless reporter who never gives up until he acquires the answers. Enormous void to fill at the DBR. Smart hire by the Palm Beach Post. The big question: Will the shorter commute abate the smoke that pours from his ears?
Congrats and good luck, John!