The pendulum is swinging

As Americans, we like to believe the rule of law in our country is respected and fairly applied, and that only those who commit crimes of fraud or violence are punished and imprisoned. But the reality is often different. It is surprisingly easy for otherwise law-abiding citizens to run afoul of the overwhelming number of federal and state criminal laws. This proliferation is sometimes referred to as “overcriminalization,” which affects us all but most profoundly harms our disadvantaged citizens.
Overcriminalization has led to the mass incarceration of those ensnared by our criminal justice system, even though such imprisonment does not always enhance public safety. Indeed, more than half of federal inmates are nonviolent drug offenders. Enforcing so many victimless crimes inevitably leads to conflict between our citizens and law enforcement. As we have seen all too often, it can place our police officers in harm’s way, leading to tragic consequences for all involved.
How did we get in this situation? It began with well-intentioned lawmakers who went overboard trying to solve perceived or actual problems. Congress creates, on average, more than 50 new criminal laws each year. Over  time, this has translated into more than 4,500 federal criminal laws spread across 27,000 pages of the United States federal code. (This number does not include the thousands of criminal penalties in federal regulations.) As a result, the United States is the world’s largest jailer—first in the world for total number imprisoned and first among industrialized nations in the rate of incarceration. The United States represents about 5 percent of the world’s population but houses about 25 percent of the world’s prisoners.
...Reversing overcriminalization and mass incarceration will improve societal well-being in many respects, most notably by decreasing poverty. Today, approximately 50 million people (about 14 percent of the population) are at or below the U.S. poverty rate. Fixing our criminal system could reduce the overall poverty rate as much as 30 percent, dramatically improving the quality of life throughout society—especially for the disadvantaged.

Meantime, in local news, Judge Darrin Gayles spoke to the Federal Bar Association today.  A nice turnout and a good talk about practice dos and don'ts in his courtroom. 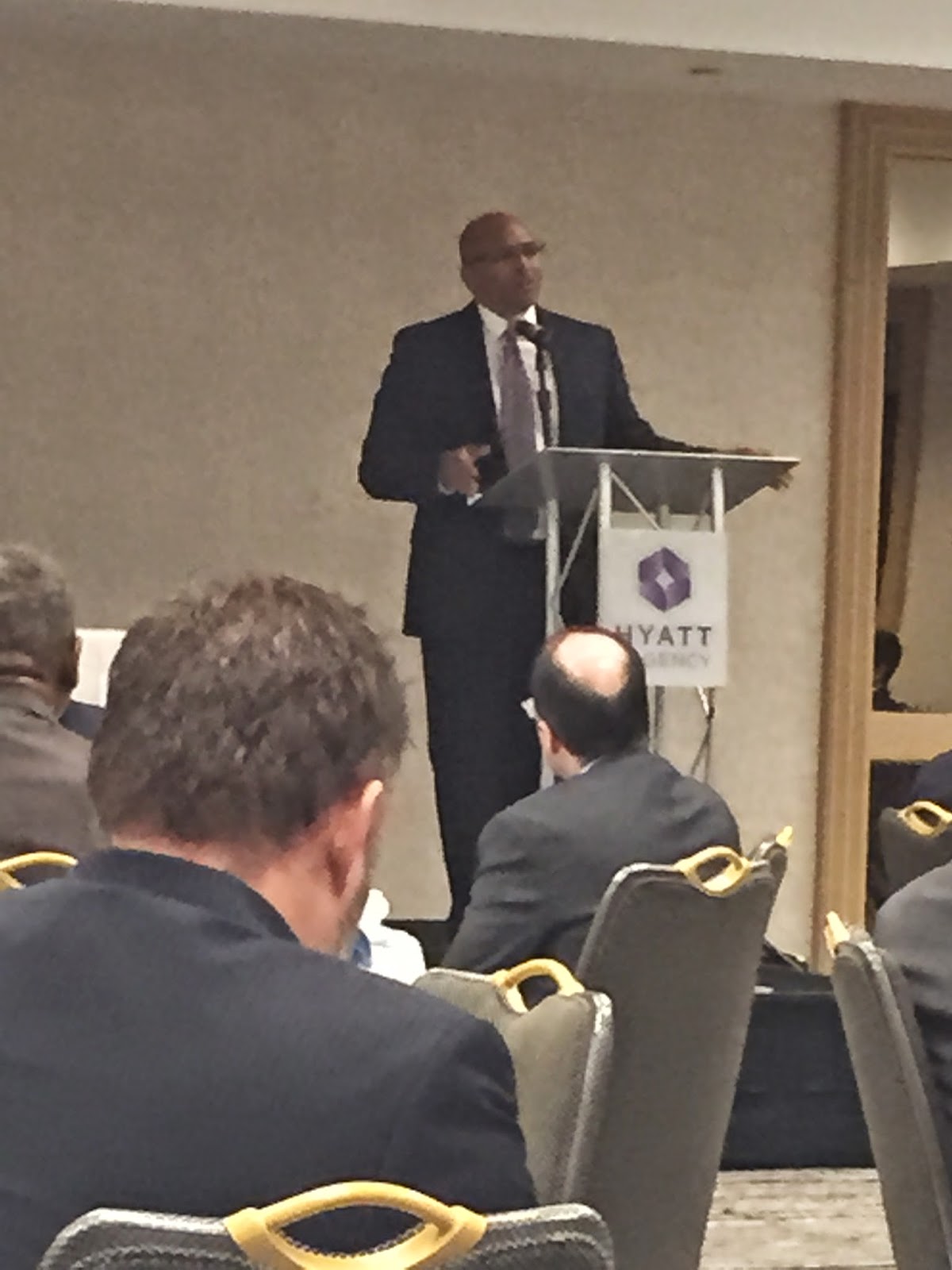 I know my fellow liberals see the Koch brothers as scaly ogres bent on destroying America (which they are) but they are also very interesting and actually have some liberal (or at least libertarian) views including support for same-sex marriage. Chances are you and I donated to their cause today by purchasing some good or service from a subsidiary of Koch industries.

Please, they just don't want to get sent up the river for epa violations.