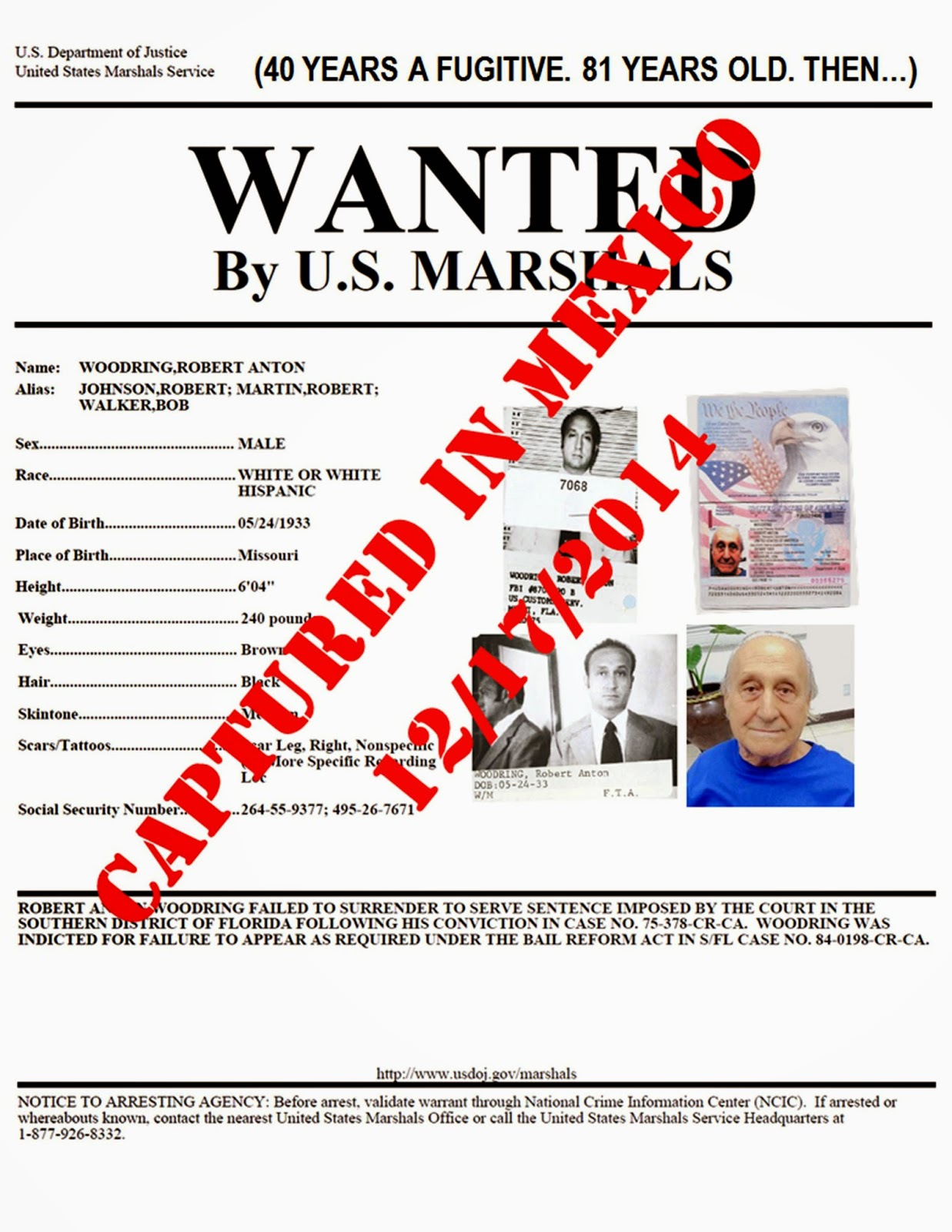 From the Government's press release:


Robert Anton Woodring, formerly of Fort Lauderdale, Boyton Beach, and Pompano Beach, Florida, was arrested on charges of failing to surrender for service of sentence.  In 1984, Woodring was indicted for failing to surrender in September 1977, to commence a 10-month sentence imposed in October 1975, for removing a yacht in order to prevent seizure by authorized persons. Woodring had also been sentenced in a related case to seven year imprisonment after a jury found him guilty of mail fraud and conspiracy to conspiracy to commit mail fraud.  Woodring is set to be arraigned on January 14, 2015, at 10:00 a.m.

U.S. Marshals, with the assistance of the FBI and Mexican authorities, apprehended Woodring in Guadalajara, Mexico, in December 2014.  On December 22, 2014, Woodring appeared in federal court in Los Angeles, California, where a U.S. Magistrate Judge ordered him detained pending trial as a risk of flight. Woodring waived his right to an identity hearing and removal hearing and agreed to be transported to Miami for further proceedings.

Mr. Ferrer commended the efforts of the U.S. Marshals Service and FBI in apprehending the defendant. The case is being prosecuted by Assistant U.S. Attorney Robert T. Watson.

Posted by David Oscar Markus at 9:44 AM

Clearly he should have kept Chris Cross on his iTunes playlist: https://www.youtube.com/watch?v=ur8ftRFb2Ac&list=RDur8ftRFb2Ac#t=0