This was Michael G.'s last episode (prior blog coverage about the federal prosecutor on the Bachelorette here).  He had a good run on the show, making it to the final five. 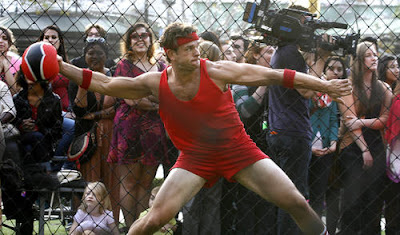 Gossip Cop has the recap of the show.  Some highlights:

Next up was Michael G, getting to have a 1-on-1 with Hartsock for the first time.
After going tobogganing, the federal prosecutor opened up about his estrangement with his father, his battle with Type I diabetes, and finding out his live-in girlfriend was cheating on him.
“The silver lining to all this is that — I mean this from the bottom of my heart — is I’m feeling these feelings again,” he told Hartsock, adding to the camera later that he’s “falling in love.”
For her part, the reality star told the camera that “Michael is one of the greatest guys I ever met.”
***
At the rose ceremony, Hartsock ultimately gave roses to everyone except Michael.
She explained to the shell-shocked contestant her other relationships were “growing differently.
“I’m heartbroken,” he confessed as Hartsock went on to praise their “friendship,” before wishing each other “the best.”

Posted by David Oscar Markus at 8:24 AM

Thanks, now where do I get my dignity back?

What are the odds on the US Attorney's Office accepting him back?

I am sure they will take him back, embarassed though they might be. At least he did not bite a stripper.

He is back already, has been for almost three months.

Defense lawyers can't get DOJ to waive a min man but they approved that guy to go on the show and in record time. Nice!

Hartsock knows she is incapable of choosing the right guy. Michael G is very appealing to some viewers! I would give him whatever flower I could find.