Did you know that the Sears Tower is now called the Willis Tower? 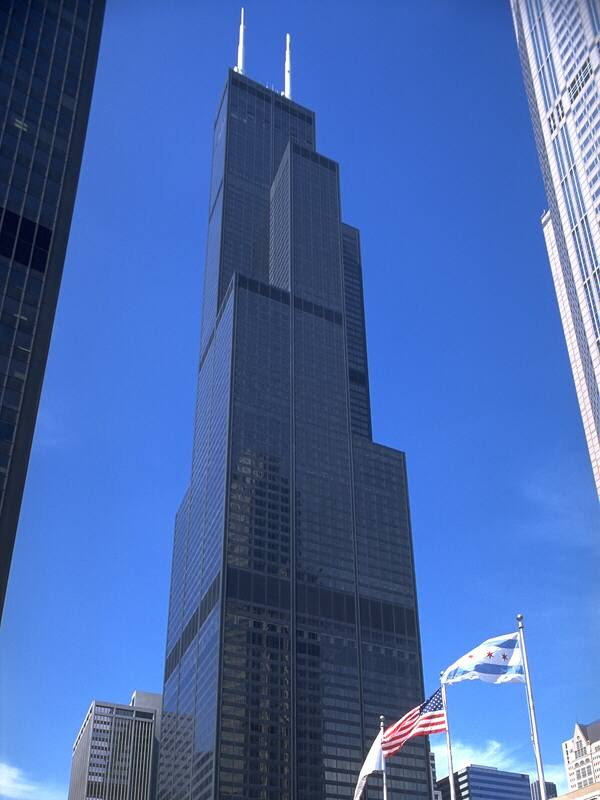 Anyway, the leader from the Liberty City group -- Narseal Batiste -- who was convicted of attempting to blow up that building was sentenced to 13 1/2 years by Judge Lenard. She sentenced brothers Burson Ausgustin, 24, and Rotschild Augustin, 26, to six and seven years in prison. Patrick Abraham, 30, received more than nine years and 34-year-old Stanley Phanor, eight years. Prosecutors had asked for 70 years for Batiste and 30 years for the others. I was happy to see that Judge Lenard rejected those requests. From the BBC:
Sentencing Batiste, US District Judge Joan Lenard said: "You've done great harm to yourself, your family, the young men who were your followers, and you've violated the trust of your country."
Batiste apologised for the plot in court, saying he had "wanted respect".
"I wanted to be this person that I really wasn't. I've never been a violent person," the Associated Press news agency quoted him as saying.
Anyway, hope you have a nice Thanksgiving week... I'm trying to figure out my new iPhone. I think I miss my BlackBerry....
Posted by David Oscar Markus at 10:00 PM

I feel like I'm too dependent on having an actual keyboard to make the jump to an iPhone.

Straw buyer! You beat me to it.
David- drop the Iphone now. You will find you can't text or send emails because that stupid touch screen is impossible to master. Deactivate the phone- add some apps for the kids and let the kids use it and go back to the blackberry. That's what I did.

Happy belated Birthday David. I ordered that book from Amazon that you wanted.

Rumpole's 15 minutes are definitely over.

I know what you mean about the iphone. I switched months ago but still get bberry angst.