1. There's a new blog in town -- The BrowardBulldog, run by excellent reporter Dan Christensen, with help from Buddy Nevins and Julie Kay. It'll be a regular read, for sure. The first post is about Jerry Frank Townsend, who was falsely imprisoned for murder and rape. He sued in federal court and recovered $2 million. It's an unbelievable story.

2. God Cares Inc. is alleged to have committed Medicare fraud. 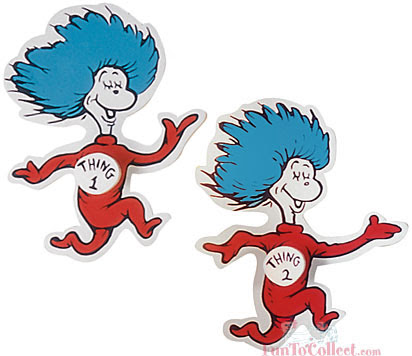 3. Stefan R. Seuss (no relation to the Dr.) has been charged in a huge money laundering conspiracy in connection with a hedge fund investigation.
4. Big trial win for David Howard and Scott Sakin before Judge Cooke. Jay Weaver has the story here:
Seventeen defendants pleaded guilty to drug and other charges before trial, but the remaining two, a fired Miami-Dade police officer and his brother, took their chances with a jury -- and won.
Antonio and Glenn Roberts were acquitted of conspiracy charges Tuesday after a two-week federal trial in which prosecutors alleged they participated in a cocaine-selling ring. They also claimed that veteran cop Antonio Roberts, 48, tipped off the ringleader -- a childhood friend -- that he was under investigation.
Last year, the Roberts brothers were arrested in a sweep of drug and gambling organizations. Another Miami-Dade officer, Michael King, 43, and former Miami-Dade jail officer, Marvin ``Cone Head'' Coney, 43, were among those arrested.
King pleaded guilty to federal obstruction charges for tipping Coney off to a law enforcement investigation, and to state racketeering charges for placing bets on pro basketball games. He was sentenced to five years in prison. Coney, the lead drug defendant who grew up with the Roberts, pleaded guilty to federal narcotics trafficking offenses and was sentenced to 10 years.
The FBI-led investigation, involving almost 10,500 recorded phone conversations, failed to convict the brothers because jurors found they played no roles in the North Dade drug network, their lawyers said.
Antonio Roberts was acquitted of four drug-related conspiracy and obstruction charges. Glenn Roberts was found not guilty of conspiring to possess more than five grams of cocaine with intent to distribute.
Antonio Roberts' lawyer, David Howard, said his client, who served as a county police officer for 26 years, was trying to help his friend Coney get his life back on track.

Posted by David Oscar Markus at 11:01 AM