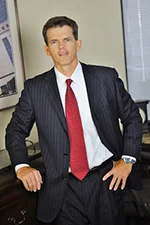 It looks like the judges worked through their deadlock... by turning to the AO's published guidance which permits for a revote and if that doesn't result in a majority, then the Chief Judge gets to choose.  It's unclear whether the revote broke up the logjam or whether the Judge Altonaga had to make the selection, but either way, it's over.

Congratulations to Ryon McCabe, a really good guy.  We had cases against each other when we were both new lawyers (he was an AUSA and I was an AFPD).  He was also honorable and is a smart guy.  He's been in private practice for some time now and McCabe Rabin.  The FBI will do its background check, which usually takes a few months, and then he will sit in West Palm Beach.

Once again Palm Beach shows how UNDIVERSE it's federal bench is...a place so liberal yet still in the dark ages of Florida Palm Beach elitism...Sorry not sorry...
It's 2021, not 1961!!

who was the tie breaker

is the vote public

Who was the runner-up?

I see he favors the Trump style of tie wearing

Then shame on ALL of them...

All the district judges vote, but usually not the senior judges. The West Palm judges will,work,with him, so their desires are important.

Was he a Scola clerk looks familiar

That tie only extends about an inch below his belt. True Trump Tie is at least 4-6 inches longer.

the court to nonprosecutors drop dead

based on what you wrote did the chief judge break the tie?

So itll be 11 prosecutors out of 16 Magistrates?

The rubber-stamp lives on.

is it any surprise. most of the district court judges are former prosecutors and corporate types.

He'll be presiding over the biggest court case in the history of The United States. Get your popcorn ready.