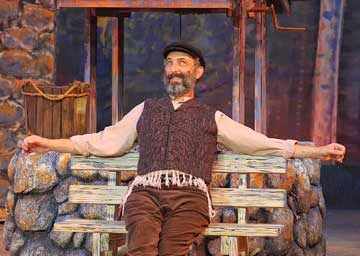 Yesterday, in Town of Greece v. Galloway (decision here), the Supreme Court reversed the Second Circuit and upheld the practice of opening monthly town board meetings in Greece, New York, with a prayer given by clergy.  The 5-4  decision upheld the practice—even though the prayers were usually led by Christian clergy—because it comported with the "tradition" of legislative prayer and did not coerce participation from non-adherents.  Justice Kennedy, writing for the majority, opined that “legislative prayer lends gravity to public business, reminds lawmakers to transcend petty differences in pursuit of a higher purpose, and expresses a common aspiration to a just and peaceful society.” One can only imagine  what the state of good government would be without the time-honored tradition of legislative prayer . . .

The Majority Opinion also found that the small town's omission of a local Buddhist temple and several nearby synagogues from the monthly prayer rotation was unintentional.  Justice Kagan, writing for the dissent, ignored the Buddhist temple angle, arguing instead that the monthly legislative prayers either should have been non-denominational in content or rotated among clergy of different faiths.

More interesting was Adam Liptak's piece yesterday in the New York Times on a recent study concluding that both liberal and conservative Supreme Court Justices tend to vote in free speech cases for the "side they agree with."  Article here.

Atheism is the goal...despite your deity's best wishes.

Let's face the facts -- we live in the United States of Jesus Christ. Said as that may be.