Not Breaking News: It's Still Illegal to Carry a Concealed Gun in Florida During a Zombie Apocalpyse 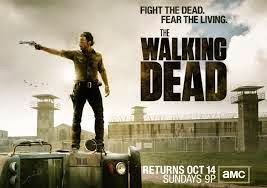 From the "Only in Florida Department" on a slow news day.  The NRA is on high alert this week after a rare sunshine state legislative defeat.  The bill, which would have allowed Floridians to carry concealed firearms while evacuating during a state or local emergency, was voted down by the Florida Senate after Senator Dwight Bullard, apparent fan of The Walking Dead, sarcastically proposed the bill be amended to include any "act relating to the zombie apocalypse."  The Florida Sheriffs Association ("FSA") also opposed the bill, with one sheriff calling it "insane."  Standing its ground, the NRA issued a response alert (here) yesterday labeling the criticism of the FSA, the "barking of a cut dog."
Posted by Jeff Marcus at 2:40 PM

http://www.miamiherald.com/2014/05/05/4099314/new-miami-beach-police-chief-gets.html the tyranny of wage inflation...who would have thought 30 years ago that working for the public sector would be more lucrative than the private sector? crowding out the private sector with high costs is an awful new american reality. Millionaire cops and firefighters is the new american dream.

Professional Law Enforcement officers who move into the private Sector will find it actually pays more than public service. MCWS is seriously mis-informed and not on the topic of the article....... Ojuice