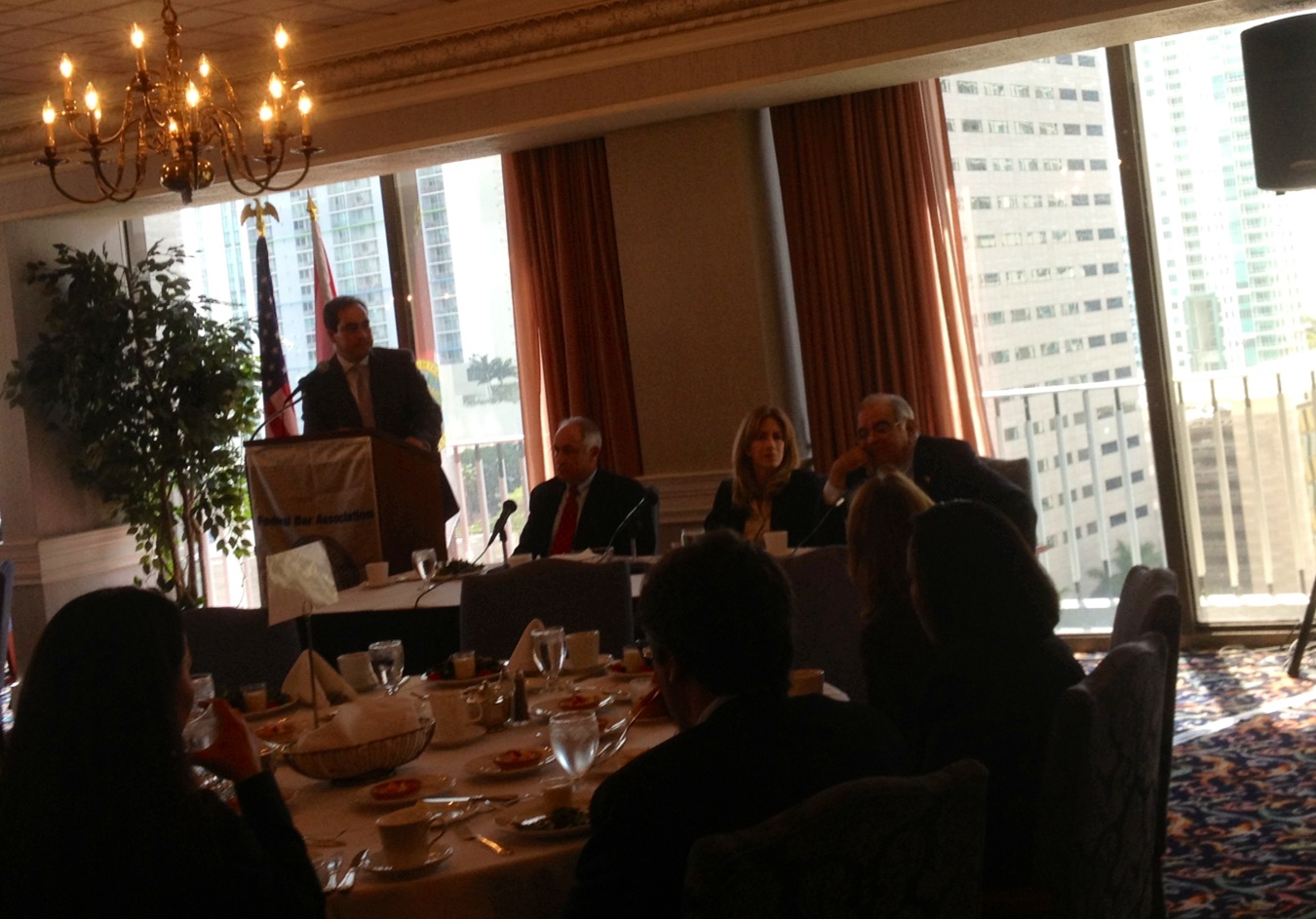 Yesterday the Federal Bar Association had its monthly luncheon at the Banker's Club on trial advocacy.  On the panel:  Judges Altonaga, Martinez & Scola.  It's always interesting to hear the judges' take on what works in trials.  I liked Judge Scola's comment that there is a big difference between being a litigator and a trial lawyer...

While the talk on trials was going on, a case in West Palm Beach that was set to start ended up resolving by way of misdemeanor.  The plea, where the felony counts were dropped, was worked out during the middle of a Kastigar hearing.  Jeffrey Neiman, Jack Goldberger, Bruce Reinhart, and Theresa Van Vliet were the defense lawyers.  Jon Burstein covers the case involving anti-aging clinics here.
Posted by David Oscar Markus at 9:36 AM

Scola is so right. Litigators file motions and scream and yell and fuss and then settle. . Trial lawyers pick juries when the motions are over.