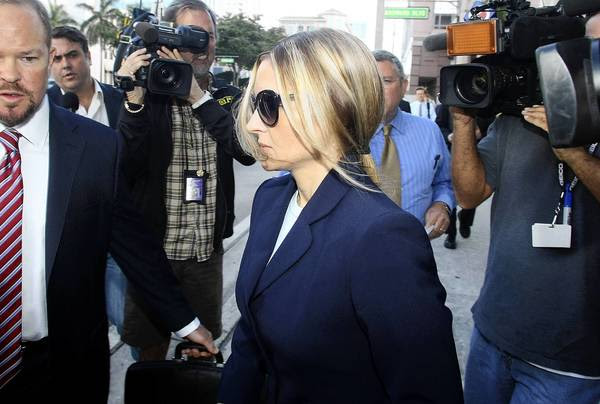 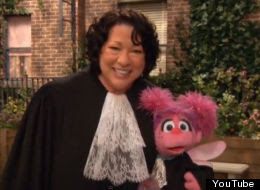 Kim Rothstein pleaded guilty yesterday while Justice Sonia Sotomayor spoke at the University of Miami campus.  Who got more press in South Florida?  Sadly, Rothstein by a ton.  From Jon Burtstein's story:

Five years ago this week, she was a bride who had just gotten married at South Beach's Versace Mansion to a rich, charismatic attorney who had Fort Lauderdale abuzz.
Three years ago, she was in seclusion after watching her husband, Scott Rothstein, go before a federal judge to plead guilty to the largest financial fraud in South Florida history.
On Friday, Kim Rothstein was back at the federal courthouse in Fort Lauderdale. This time, it was to admit that she too is a criminal.
Rothstein, 38, pleaded guilty to a plot to hide more than $1 million in jewelry from federal authorities as they were seizing her husband's assets to reimburse victims of his swindle. She admitted conspiring with her then-attorney and a friend to secretly sell the jewels, including a 12-carat diamond ring, and to persuade her imprisoned husband to lie under oath about the ring's whereabouts.

She faces up to five years in prison when sentenced April 19 by U.S. District Judge Robin S. Rosenbaum.
Dressed in a dark pantsuit, Rothstein answered Rosenbaum's questions in a clear, steady voice as she pleaded guilty to a felony charge of conspiracy to commit money laundering, obstruct justice and tamper with a witness.

"Are you pleading guilty because you are in fact guilty?" Rosenbaum asked.
"Yes, your honor," Rothstein responded.
She left the courthouse flanked by her defense attorneys, David Tucker and David Kotler. She did not acknowledge the reporters and cameramen outside as she got into a sports utility vehicle waiting for her.

From the Herald story on the Supreme Court Justice visit:

From her days as a young girl in the Bronx being raised by her mother after the death of her father to becoming the first Hispanic on the highest judicial body in the country, U.S. Supreme Court Justice Sonia Sotomayor told the story of her journey before a captivated audience at the University of Miami on Friday night.


Sotomayor spoke with University of Miami President Donna E. Shalala at the BankUnited Center to University of Miami students, Coral Gables residents and perhaps a future Supreme Court justice about the inspiration behind her recently published memoir My Beloved World.

“Love and passion, that is the only way you do something well,” Sotomayor said. “Do a few things, but do them well.”

Sotomayor, 58, spoke of the many things that inspired her to share her story with the world, one of which was in responses to questions she hadn’t expected during her confirmation process, such as how children cope when a parent dies, especially if they don’t have a mother like hers.

“I began to understand that I couldn’t talk to every child in the country,” Sotomayor said. “I could give them the answers in a book.”

David, what do you think about the whole Harvard cheating scandal?