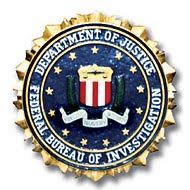 1. Moving sucks.
2. The FBI is taking the absurd position that Wikipidea shouldn't use its emblem.
3. Law.com covers the Irey case.
4. Roberts v. Kagan, per Dahlia Lithwick.
5. More on Kagan -- she is only 6th SCOTUS law clerk to become Justice.
6. Miranda is losing its teeth.
7. Obama is having a tough time getting judges confirmed. Another article on it here.
8. Conrad Black writes on his time in a federal prison. The whole thing is worth a read:
In the Coleman Low Security compound, there are 1,800 residents and it is a little universe terminally addicted to gossip about the custodial system and especially the goings-on of the group confined there. By this time there were large numbers of journalists and photographers clustered at the gate of the Coleman complex and ongoing television coverage watched with some bemusement by my fellow residents in the television rooms of the residential units.
A steady stream of well-wishers from all factions of the compound came to say goodbye, as I put my books and papers and a few clothes items into cardboard boxes. (The only article of clothing that I took that was not among the few things I had bought myself was the nondescript brown shirt bequeathed to me when he left by the don of one of the famous New York gang families).
The Mafiosi, the Colombian drug dealers, (including a senator with whom I had a special greeting as a fellow member of a parliamentary upper house), the American drug dealers, high and low, black, white, and Hispanic; the alleged swindlers, hackers, pornographers, credit card fraudsters, bank robbers, and even an accomplished airplane thief; the rehabilitated and unregenerate, the innocent and the guilty, and in almost all cases the grossly over-sentenced, streamed in steadily for hours, to make their farewells.
Most goodbyes were brief and jovial, some were emotional, and a few were quite heart-rending. Many of the 150 students that my very able fellow tutors and I had helped to graduate from high school, came by, some of them now enrolled in university by cyber-correspondence.
Posted by David Oscar Markus at 10:40 AM