May the 4th be with you. (UPDATED)

UPDATE -- the Supreme Court arguments were interesting this morning. The Court didn't collapse because there was live-streaming. The big news was that Justice Thomas asked questions! Here's some coverage.

Thomas asked the questions via audio teleconferencing in a case on whether Booking.com could trademark its namesake.

The last time Thomas, who is the only African-American and the only Southerner on the court, asked a question was in March 2019, in a case involving a black Mississippi death row inmate, Curtis Flowers, who was tried six different times for the 1996 murders of four people in a furniture store.

Before that, Thomas asked one question in 2016, less than two weeks after the death of Justice Antonin Scalia. That question came 10 years after the last time Thomas had chimed in during oral arguments.

"Could Booking acquire an 800 number that's a vanity number, 1-800-booking for example, that is similar to 1-800-plumbing, which is a registered mark?" Thomas asked to the U.S. government's lawyer, Erica Ross.

After Ross' response, Thomas followed up: "That could be true, but I'd like you to compare this to Goodyear," Thomas said, referencing a past case. "In Goodyear, you had a generic term, but you also had an added term, such as company or inc, which any company could use. With Booking here there could only be one domain address dot com, so this would seem to be more analogous to the 1-800 numbers which are also individualized." 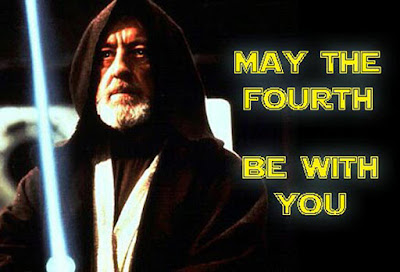 Posted by David Oscar Markus at 7:30 AM

Maybe he is shy.

Quite the opposite. I think justice Thomas was just waiting for a bigger live audience to shine.
The two lawyers who argued were amazing. They almost made trademark law sound interesting.

Who cares if he asks a question or not. He's a bitter man who has very eccentric views of the Constitution.

you are probably a WHITE MALE and clearly dont have any respect for the refined perspective of a PERSON OF COLOR.

Questions seem to be going in order of seniority. That might explain why Justice Thomas may be more active. And he may have eccentric views on the Constitution, but he is one of nine who gets to say what the Constitution says. Also, eccentric views are not always bad with regard to criminal law and procedure from a defense perspective.

Please name an "eccentric" view from the Rehnquist/Roberts court that aided criminal defendants? And I'm not talking about Crawford and Booker. Look at Thomas's sole dissents and concurrences.

Thomas is without a doubt the most unqualified ever to sit on the Supreme Court. He has never hardly asked any questions because it would expose his stupidity. The only reason he asked on the telephone argument was that it was being broadcast to the public in real time and if he didnt ask a question the public would know how ignorant he really is. He had his law clerks come up with a question that would not embarass him. A/K/A wasnt it Long John Dong or something like that?

Im gonna go out on a limb and make a wild guess that 135 is a flaming liberal, and also that he/she is a very LOW IQ individual

To 2:55. Go inject your daily dose of clorax. It may clear up what passes for a brain. "Do me a favor, though"