Much, Much Too Soon

They say you don’t know a person until you live with them. I would say that you don’t know a judge until you try a case in her courtroom. Before she took the bench, I heard from a colleague that Judge Cooke would be a great addition to our court (you were right, Hugo). Once she took the bench, I wandered into her courtroom to watch David in action, and she impressed me (for what that’s worth) with how she handled the jury, witnesses, and lawyers. But I had never met her.

Shortly after, my boss assigned me to a case before Judge Cooke. My involvement began in 2005. The pre-trial preparation and litigation spanned two years, the trial lasted six months, and the sentencing, appeal, and resentencing extended the case until 2014. Over those nine years, I got to know Judge Cooke reasonably well, but only as a judge. When I started working with the CJA Committee, where Judge Cooke acted as the court’s member, I began to get to know her as a person.

And that’s what I’ll remember and miss the most. Judge Cooke seemed to have a never-ending supply of sayings and comebacks that always made me smile. Because I was a cook in my previous life, we often talked about food, and sharing a meal with her always was a special event for me. Despite not having a team in common, we bonded over our love of sports. I could go on and on. But, at bottom, although Judge Cooke was a truly excellent and outstanding judge, as a person, she was an extraordinary gift to all who knew her.

Undoubtedly, others knew Judge Cooke longer and better. I’m happy I knew her at all. Rest in peace, Judge.

The 4th Amendment is on its last legs, but the 2nd Amendment is alive and kicking. Check out this Fifth Circuit opinion from last week, finding a statute unconstitutional for prohibiting a person subject to a domestic violence restraining order from possessing a gun.

The 5th US Circuit Court of Appeals said that the federal law targeting those believed to pose a domestic violence threat could not stand under the Bruen test, which requires that gun laws have a historical analogy to the firearm regulations in place at the time of the Constitution’s framing.

“Through that lens, we conclude that (the law’s) ban on possession of firearms is an ‘outlier’ that our ancestors would never have accepted,” the 5th Circuit said.

The Justice Department signaled Thursday night that it plans to appeal the ruling. Attorney General Merrick Garland said in a statement that Congress had determined the statute “nearly 30 years ago.”

“Whether analyzed through the lens of Supreme Court precedent, or of the text, history, and tradition of the Second Amendment, that statute is constitutional. Accordingly, the Department will seek further review of the Fifth Circuit’s contrary decision,” he said.

The Justice Department did not specify its next step in seeking review of the ruling, which could include asking the 5th US Circuit Court of Appeals for an en banc rehearing by all the judges on the court, or asking the US Supreme Court to take up an appeal.

The court’s opinion was written by Judge Cory Todd Wilson, who was appointed by former President Donald Trump. He was joined by Reagan-appointee Judge Edith Jones and Judge James Ho, another Trump appointee who also wrote a concurrence.

Posted by David Oscar Markus at 9:36 AM 3 comments:

Fun system we have.  From the N.Y. Times:

The cases were thrown out in scores. In the Bronx, 349 convictions were tossed, along with more than 100 in Manhattan. In Brooklyn, 90 were overturned.

After Joseph Franco was charged in 2019 with perjury and other crimes related to his decades as a New York Police Department narcotics detective, prosecutors lined up to dismiss cases in which he had been involved.

But on Tuesday, one more prosecution was tossed: that of Mr. Franco himself. A New York State judge, Robert M. Mandelbaum, found that prosecutors with the Manhattan district attorney’s office had failed to turn over evidence to the detective’s lawyers on three occasions, a major ethical violation, and dismissed the charges.

“As you have heard,” Justice Mandelbaum told jurors, “to date there have been two different occasions that you have heard about where the prosecution failed to disclose certain evidence.”

This Order isn't a good way to start trial... but the defense is right. Putting aside the normal advantages that the government gets -- sitting closer to the jury with plenty of space to spread out -- the defendants and their lawyers in a multi-defendant case should all have enough space to be in the well of the courtroom. 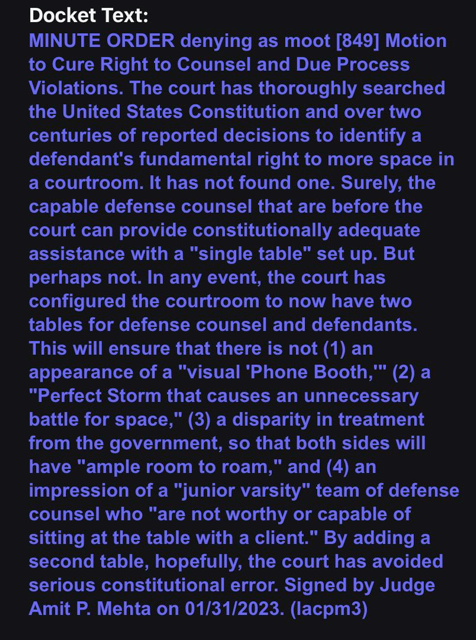 Judge Cooke, 68, passed away today in Detroit surrounded by her family.  What a heartbreaking and huge loss. The first black woman federal judge in Florida, she took over Wilkie Ferguson's seat back in 2003.  She was confirmed 96-0.

I know how much we all loved her.

She was such a nice person.

And a great judge.

Please share your Judge Cooke stories in the comments.  (Here is the Herald obit.)

She was the best.  I'll miss her very much. 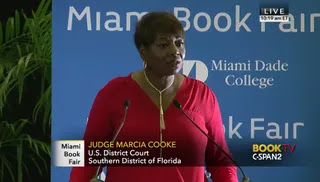 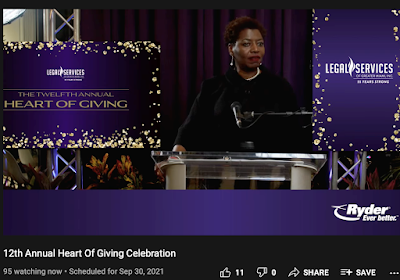 By Michael Caruso
Yesterday, a friend alerted me to this article by an enterprising young reporter covering a Senate Judiciary Committee hearing. Among the nominees, two were for the federal court of New Jersey – Michael Farbiarz and Robert Kirsch. Senator Cory Booker called the nominees from his home state of New Jersey the “great Jersey boys.” “In the judicial world, this is the Bruce Springsteen and Bon Jovi of the legal profession,” Booker said. I'm certain Senator Booker meant both as a compliment, but I'm wondering who is The Boss and who is the other guy.

In addition to the author, one of the nominees has strong ties to our district. Robert Kirsch has been a New Jersey Superior Court judge since 2010. But, at the beginning of his legal career, Judge Kirsch clerked for District Court Judge William J. Zloch here in Fort Lauderdale. I met Robert as a law student when I interviewed for a position with Judge Zloch. His nomination is an example of good things happening for good people.

Interestingly, his co-clerk and interviewer at the time—Jack Blakey—has been a district court judge in Chicago for the last eight years. And before Judge Blakey moved back to Chicago, he worked as an AUSA in our district.

Good luck to Judge Kirsch, and congratulations to Judge Zloch—quite a testament to your mentorship.

And thank you, Ms. Markus, for being our eyes and ears in the Senate!

Prosecutors pursuing Alec Baldwin for all the wrong reasons

That's the title of my latest article, this one for the Albuquerque Journal.

Here's how it concludes:

While it is true that the rich and famous often enjoy some advantages in the criminal justice system (mostly resources), they face obstacles that are unique and challenging.

Baldwin’s case is a good example. No one really thinks that the stunt double would have been charged with manslaughter if he was in Baldwin’s shoes.

District Attorneys (unlike federal prosecutors) are elected. And perhaps the New Mexico DA believes the old motto that all press is good press, thinking that this prosecution will help her in the next election. She may also be banking on the fact that many jurors are predisposed against wealthy and powerful defendants.

She will put more resources into this case than any other in her office because she will want to win this case at all costs. And, unlike most defendants, Baldwin will be subjected to immense media scrutiny because of who he is. This is a recurrent problem faced by wealthy and well-known defendants, who often are prosecuted much more aggressively than regular people.

In the United States, we put more people in jail than any other country on Earth. Now, we are going to prosecute accidents? Nah, that’s not really what’s happening here. What’s happening is that the DA is going after the well-known Baldwin for all of the wrong reasons.

Posted by David Oscar Markus at 9:04 AM 6 comments:

Check out the en banc decision last week in Sosa v. Martin County, Florida, which held that there is no recourse for falsely arresting someone and illegally holding him for 3 days. The judges on this issue, unlike the last en banc, fall into party lines.  Chief Judge Pryor’s majority opinion is short and to the point and says the law is straightforward.

Judge Newsom concurs and goes after substantive due process, saying it makes no sense and it’s time to end it.  Chief Judge Pryor and Judge Lagoa join.

Judge Jordan “reluctantly” concurred.  He is joined by Judges Wilson and Pryor.  He says it’s time for SCOTUS to take a qualified immunity case.

And Judge Rosenbaum wrote a 60 page dissent saying that there has to be a remedy for someone like Sosa who was illegally arrested and detained.  Of course she’s right — that’s why we have the law.  I hope the Supreme Court take this case.

Posted by David Oscar Markus at 8:37 AM 2 comments:

Email ThisBlogThis!Share to TwitterShare to FacebookShare to Pinterest
Older Posts Home
Subscribe to: Posts (Atom)
The Southern District of Florida blog was started in 2005 by David Oscar Markus, who is a criminal trial and appellate lawyer in Miami, Florida. He frequently practices in federal courts around the country, including his hometown, the Southern District of Florida and the 11th Circuit Court of Appeals. He is a former law clerk to then-Chief Judge of the District, Edward B. Davis.