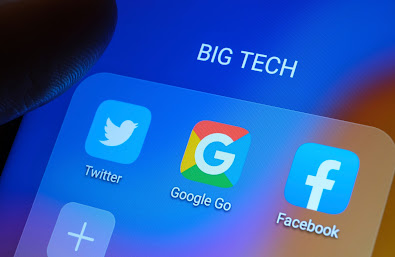 A couple of big decisions issued by the Eleventh Circuit yesterday, both authored by Judge Newson.

In Netchoice, LLC et al. v. Attorney General, State of Florida, et al., the Court handed a victory to "Big Tech," holding Twitter, Facebook, and other companies were entitled to a preliminary injunction against a Florida law that would have barred them from, among other things, "deplatforming" political candidates. The Court found it "substantially likely" that social media companies are "private actors" (and, thus, have First Amendment rights) and that many (but not all) of the law's provisions violate those rights. Read it here.

In  United States v. Ignacio Jimenez-Shilon, the Court held that a law making it illegal for illegal aliens to possess firearms does not run afoul of the Second Amendment. Judge Newsom's opinion digs into Justice Scalia's opinion in District of Columbia v. Heller, 554 U.S. 570 (2008) offers a detailed account of the history of gun rights/laws in this country. Weirdly enough, Judge Newsom also wrote a concurrence to his own opinion, laying out what he considers the right analytical framework to apply to challenges to the Second Amendment. Read it here.

Judge Newsom's Jimenez-Shilon opinion is already drawing some fire on Twitter, tying the two opinions together.

The static view endorsed in Judge Newsom's opinion -- the second amendment codified an existing right intended to protect certain categories of people (the right type of white people) -- is problematic on a number of levels. This is an opinion to disregard the primary canon of statutory construction: read the statute. But no, for this portion of the constitution, don't read the word "people" as referring to people as we conceive or understand it, but how the framers would have when they were codifying a preexisting right. The tension between originalism (or at least this variant of it) and the text of the actual provision is stark but is apparently of little concern. And why stop with "people"? Wouldn't the framers, in codifying the preexisting right, have also understood "arms" as muskets (or maybe cannons)? But this starts interfering with the outcome the so-called originalist wants, because now there is a prospect of reasonable gun regulations on all modern weaponry. If "people" doesn't include non-natives because that's now how the framers would have understood it, please don't tell me that Madison, Wilson, et. al. would have understood "arms" to include a glock 19 with extendo.

something no one has ever said to Newsom: use more words.

I'm wondering what we as a society would do, if there was an amendment in the Constitution at the time it was ratified codifying the right to use cocaine for medicinal purposes, which was something that was widely done at the time of the writing of the constitution. Would we have never criminalized cocaine?

For all of the philosophical underpinnings of using original intent, which is just the use of an arbitrary standard under the belief that current judges should not legislate or use their personal opinion of what should be- as was done in "finding" a right to privacy in the penumbra of the Constitution in Griswold- the use of original intent still leads to the kind of second amendment decisions that end up putting guns in the hands of mentally ill people that kill children.

My point is we use original intent and unspoken is the belief that the writers of the constitution were infallible, which of course they were not- and I can give you "3/5ths" of a reason why.

I have no desire to open the interpretation of the constitution to the current round of Trump judges, who undoubtably would find within the penumbra of the constitution that we are a Christian nation and should ban liquor sales on Sunday and the sale of contraception, but using original intent has gotten us to this point which brings to mind Einstein's saying that the definition of insanity is doing the same thing over and over and expecting a different result.

Hard to take you seriously Rumpo.

Pretty sure Einstein never said that.

Why is it hard to take me seriously ? I never take myself seriously. I’ve built an enormous readership for a blog not taking myself or the legal system seriously. So what’s your real complaint? My intelligence? My success?

If there's anything Trump-appointed originalist/textualist judges are known for, it's finding penumbras. Right.