All around good-guy Ben Greenberg jumps to Greenberg Traurig 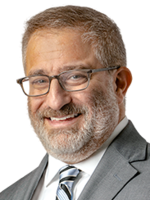 Great get for GT.  He's the former U.S. Attorney and a South Florida guy.

The SDFLA U.S. Attorney's office is undergoing a lot of change in the past year.  It will be interesting to see what direction it goes without people like Ben.

Congrats to him and GT.

Meantime, in unrelated news, the government will have to deal with a huge lawsuit of women prisoners against Coleman (a federal prison for women outside of Orlando) for repeatedly raping its inmates.  Story by the Herald here:

Fourteen women, ranging in age from 30 to 56 and nearly all first-time offenders, have banded together to sue the United States, not under pseudonyms but under their real names, over the abuse they say they’ve endured at the Bureau of Prisons-operated camp. Seven of the women are still incarcerated.
Posted by David Oscar Markus at 7:50 AM

Brasher thinks we are stupid. As you know, Brasher would not commit to the correctness of the Brown decision during his district court confirmation process. He has now had a change of heart. I guess Leonard Leo told him he could.

1108
U are a lemming who follows along with dem talking points no matter how absurd. No one seriously thinks the guy is in favor of segregation. The only reason this stupidity comes up at all is it riles up idiotic libs like u.

Why wouldn't he say whether Brown was correctly decided?

946
The whole thing is a democratic set up. He refused to say whether *** any *** scotus case was correctly decided, as he said it wasnt the job of a cir ct judge to pass judgment on scotus cases. So they pick brown and ask him to say it was correctly decided, so when he says he wont comment on scotus cases, they can turn around and pretend he is a segregationist. Its so a absurd even the dems participating in this setup know hes not racist...but they are hoping people like u won't ask why he refused to answer the question.

What change has the SDFLA office undergone this year?