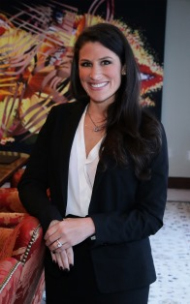 Finders are not keepers when it comes to state property. A District Court in the Middle District of Florida held that France is entitled to claim ownership to a French ship that sunk off of Florida’s coast nearly 500 years ago, even though a Tampa-based marine exploration company found the shipwreck.

Global Marine Exploration, Inc., discovered a shipwreck off the coast of Cape Canaveral and brought suit in the Middle District of Florida seeking possessory and ownership claims pursuant to the archaic “law of finds” and also sought declaratory and injunctive relief to establish its ownership claim. The Republic of France argued that the subject ship was La Trinite, the flagship of the French Royal Fleet sunk in 1565 by a hurricane, and that it had never abandoned its sovereignty over the ship.

The State of Florida also claimed an ownership interest in the ship, arguing that it supported France’s claim, but added that it had a subordinate claim because the ship lay in Florida’s submerged territory.

The Court’s findings fall into a recent array of decisions by U.S. and International courts favoring original ownership or property interest over claims such as good-faith purchaser, found-in-the-ground, or abandonment.  For example, an Italian Court ruled last month that the J. Paul Getty Museum must return its most-prized antiquities, the Greek bronze “Statue of a Victorious Youth,” which was found off of the coast of Italy in 1964.  The New York Supreme Court ruled this week that an ancient Persian sculpture, valued at $1.2 million, must be returned to Iran from good-faith purchasers unaware that the sculpture had been stolen in 1936.  And, the Metropolitan Museum of Art was ordered to return a 2,300-year-old vase after evidence was presented that the vase had been illegally excavated.  While legal precedent favoring original owners of works of art has become well-developed due in large part to restitution of Nazi-era looted art, the cases mentioned above and others demonstrate a new pattern of substantive legal decisions favoring original property interests in antiquities.  Similarly, political policies have followed suit; President Emmanuel Macron of France recently announced that he plans to repatriate African artifacts in French museums to their origin nations.

Posted by David Oscar Markus at 10:56 AM