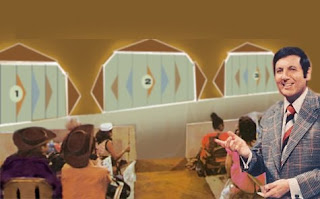 I'm looking forward to some new, fresh, and smart blood on the Supreme Court.  Justice Kennedy was no friend of 4th, 5th, 6th Amendment rights.  Hopefully that will change.

Here's a quick snapshot of the 4 finalists (Kavanaugh, Kethledge, Hardiman, and Barrett) by the AP.  There are great, more in depth reports at Above the Law and SCOTUSblog.

Meantime, Trump already has reshaped the 11th Circuit.  The AJC has a lengthy piece on this transformation:


President Donald Trump’s plan to quickly reshape the nation’s federal appeals courts has taken hold in Atlanta, with the infusion of two conservative jurists and another one on the way.

Trump’s imprint on the 11th U.S. Circuit Court of Appeals all but guarantees it will remain one of the nation’s more conservative courts for years to come. The 11th Circuit, which presides over Georgia, Alabama and Florida, often takes on some of the most hotly contested issues of the day: abortion, police brutality, gun control, immigration, the death penalty, gay rights, and discrimination and harassment in the workplace. ***
Of the 13 federal appeals courts, the 11th Circuit is the second or third most conservative in the country, said Tobias, the Richmond law professor who tracks judicial nominees. “And now, Trump is replacing conservative judges on the 11th Circuit with even more conservative judges,” he said.

Posted by David Oscar Markus at 9:31 AM

Does DOM want to make a prediction?

I would agree based on his views on article 2 and whether a president can be compelled to testify.