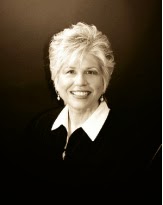 President Barack Obama has nominated a federal judge from Atlanta to serve in the 11th Circuit Court of Appeals.
White House officials said in a statement Thursday that U.S. District Court Judge for the Northern District of Georgia, Julie E. Carnes, has been nominated to serve in the court of appeals.
Officials say Carnes has served as a federal judge in Georgia since 1992, and has been the District Court's chief judge since 2009.
Officials say Carnes was born and raised in Atlanta, graduated from the University of Georgia School of Law in 1975, and served on the editorial board of the Georgia Law Review.
White House officials say Carnes began her legal career as a clerk for a U.S. Court of Appeals judge in 1975.


Some additional facts:  She was an AUSA before becoming a judge.  She was nominated by President Bush to the district court.  She clerked on the 5th Circuit (Lewis Morgan) and also served on the Sentencing Commission.
Posted by David Oscar Markus at 8:59 AM

David - I think you posted a picture of Judge Hull.

Is this Carnes related to the sitting judge?

As far as you know

http://miami.cbslocal.com/2013/12/20/exclusive-dea-charges-veteran-customs-agent-in-extortion-case/ the gray Hobbesian world of the lone wolf agent