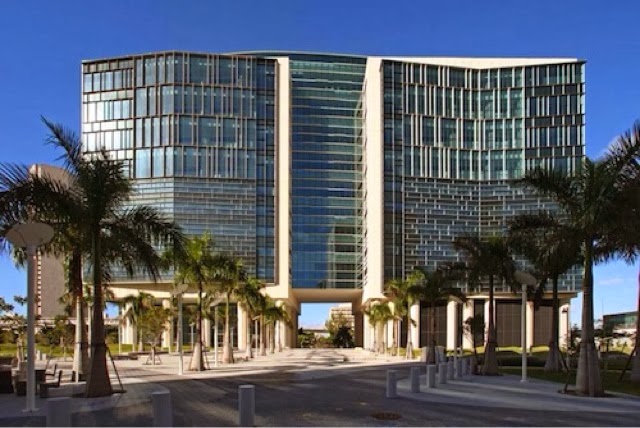 Justice Sotomayor was asked to participate in the festivities in New York. From the LA Times:

New York City is going to kick in the new year with one of its own: U.S. Supreme Court Associate Justice Sonia Sotomayor, a native of the Bronx, has been tapped to lead the Times Square countdown on New Year's Eve on Tuesday.

The announcement was made Sunday by the organizers of America's highest-profile New Year's Eve event, which typically features star performances and always concludes with the dropping of a ball to mark the stroke of midnight.

Sotomayor -- who grew up in the Bronx housing projects and became the first Latina on the nation's highest court in 2009 -- will push the button to start the dropping of the ball, and will lead the final 60-second countdown to the new year, organizers said.

“Justice Sotomayor is an inspiration to many, and it is a privilege to welcome her to our celebration to ring in 2014,” Times Square Alliance President Tim Tompkins said in a statement. “Who better to join us in the Crossroads of the World than one of New York’s own?”

Sotomayor won't be the only Latina to play a high-profile role at the ceremony, with musical artists El Dasa and Jencarlos Canela among the musicians giving performances in the closing hours of 2013.

http://www.miamiherald.com/2013/07/17/3504739/florida-community-bank-to-buy.html LAST LINE OF THIS ARTICLE IS THE BEST- UNLIKELY THIS BANKER COULD HAVE EVER BEEN SMART ENOUGH TO FIGURE OUT THE BS ERA WE WERE IN

http://miamiherald.typepad.com/gaysouthflorida/2013/12/utah-asks-supreme-court-justice-sonia-sotomayor-to-block-same-sex-marriages-in-the-state.html MEANWHILE, THE GOOD JUSTICE IS WITH HER FAVORITE NIECES AND NEPHEWS IN NEW YOUR CITY

Pretty Picture. Where is it?
Love,
County court guy