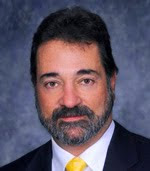 -- Jonathan Goodman is now a magistrate judge. The background check is over and JG is good to go. Congrats!

But, we're still waiting for the White House to nominate Kathy Williams. What is taking so long? It's just ridiculous. Obama has really failed so far with the federal judiciary. Here's the latest article by msnbc.com:

Democrats control the White House and have the largest congressional majorities enjoyed by a chief executive in decades. But President Barack Obama isn't off to a brisk pace when it comes to putting his imprint on the third branch of government — the federal courts — and some of his allies are disappointed, particularly with the prospect of a slimmed-down Senate majority after the midterm elections.

At the highest level, the Supreme Court, Obama is already having a major impact. His first nominee, Sonia Sotomayor, was confirmed to the high court last year and his second, Elena Kagan, seems well on her way to confirmation. Obama's predecessor, George W. Bush, did not get his second (and final) justice until 2006, six years into his presidency.

But the vast majority of federal cases never reach the high court; they are decided by appeals court judges, making appointments to that level crucial to determining a president's judicial legacy.

But unlike Bush, Obama was elected with a majority of the popular vote and works with a Senate in which his party has 59 senators — at least for now.

“You’d expect President Obama, elected with a comfortable margin and with the number of Democratic senators there now are, to have had a lot more judges confirmed by now,” said Russell Wheeler, former deputy director of the Federal Judicial Center, the research agency for the federal courts. Wheeler is a fellow at the Brookings Institution.

Eleven prominent liberal law professors complained to Obama in an open letter in February that “your Administration must act with far more energy and dispatch in the vitally important task of nominating and confirming federal judges.”
Posted by David Oscar Markus at 4:15 PM

The One is failing on all levels. This should not be surprising.

As to the notion that Obama has some sort of broad mandate to radically overhaul the federal judiciary, those liberal professors obviously haven't checked his current approval numbers.

Chill. President Obama has done a great job of nominating quality individuals for lifetime-tenured judgships. If you don't believe me, compare the composition of the 4th Cir. pre-Obama and post-Obama. I am sure swlip would prefer he nominated an arabian horse trainer like W. would have.