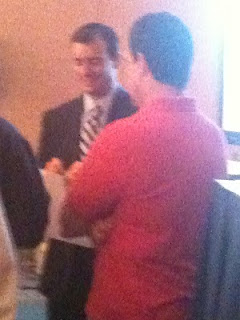 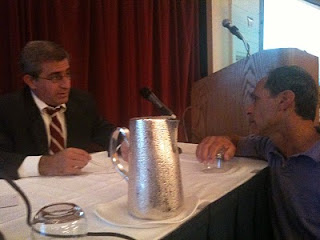 The District's Criminal Justice Act lawyers had their annual seminar in Naples. Chief Judge Moreno, Judge Cooke, and Judge O'Sullivan attended.
So did the U.S. Attorney, Willy Ferrer, and his second-in-command Ben Greenberg. Big shout out to Ferrer and Greenberg for coming -- they were the first USAO dynamic duo to ever accept an invite in the 13 years of doing this seminar. And they said all the right things.

2. Indictments and Plea Agreements. There have been a series of memos (from Thornburgh to Ashroft to Gonzalez) requiring that prosecutors charge defendants with the most serious charge they could bring (including 851 enhancements, etc) and requiring prosecutors to offer plea plea agreements only to the most serious charge in an indictment. The new Holder memo has changed all of that, and Ferrer & Greenberg said that they will make sure that the Holder memo gets implemented in their office ASAP. Although no specifics were really offered as the Holder memo is relatively new, they are studying how to make sure that there is "horizontal equity" (their term) and fairness.

3. Discovery. There are new memos on discovery obligations (including Brady/Giglio) as well. Ferrer & Greenberg said that all prosecutors are undergoing training to learn about these memos and their discovery obligations in general. Although many line prosecutors are still telling the defense bar that they are only required to disclose what is required under Rule 16, Ferrer & Greenberg assured the CJA lawyers that this was going to change under their watch.
So, there you have it -- they said all the right things. Now we'll see what happens. After they left, most of the lawyers were grumbling that they hadn't seen any change so far. No prosecutors were asking for variances and no one had seen any open file discovery. But Ferrer made clear that he's only been there a month and that it would take some time to get all of these changes in place and the prosecutors trained on these changes. It was a great sign that they accepted the invitation to come speak to the group.
Posted by David Oscar Markus at 6:27 PM

Now, gentlemen, this does not mean that you should expect a variance in EVERY case; that's not going to happen. Arguably, the department has more of a public-perception interest in projecting a sense of uniformity (both in charging decisions and sentencing recommendations) than the court (which has lifetime tenure and, let's face it, they do whatever the hell they want).

Indeed, the notion that the judges will somehow find the USAO (or an individual prosecutor) more "helpful" because he/she might recommend a "variance" is, I believe, woefully overstated. Judges already know what they're going to do way in advance of the sentencing hearing. Judges will just use the prosecutor's recommendation of a "variance" as a new baseline for determining the sentence. It's like a negotiation, prosecutor starts high, the defense starts low, and the judge ends up somewhere in the middle. That dynamic--as cynical as it may sound--is true for most sentencing hearings and is not going to change.

hope all the CJA lawyers enjoyed "bottom feeders weekend". I am sure they did not stay at the Ritz.