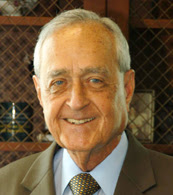 Last week we reported that Judge Highsmith was going to retire by the end of the year and that he was getting off the criminal wheel.

Today, Julie Kay in the Daily Business Review says we're wrong. "Rumors began that U.S. District Court Senior Judge Shelby Highsmith was retiring after it was reported on a legal blog run by Miami criminal defense lawyer David O. Markus. . . . But last Thursday, District Judge William Zloch said in an interview he spoke to Highsmith and the judge is only retiring from criminal cases -- as of March. . . . 'Rumors of his demise are greatly exaggerated,' Zloch said with a laugh. 'I just spoke to him and he is not going anywhere. As a senior judge he has the option of taking a lighter load.'"

Interesting. A couple points though --

First, I did not start the rumors. I was told by a number of people that Judge Highsmith himself announced his retirement in open court. Second, I got confirmation from people who would know. I note that Ms. Kay did not speak with Judge Highsmith himself (to be fair, neither did I).... Third, don't you think that the article should have mentioned the blog by name!?

In any event, I hope Julie Kay is right and that Judge Highsmith is not retiring.
Posted by David Oscar Markus at 9:33 AM