It's Legal Awards Season in Miami. 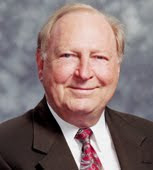 The Federal Bar Association has its big gala next Thursday, September 7 at the Four Seasons.  The big award is called "The Ned" after Edward B. Davis.  I have a soft spot for this award because it is named after the judge that I clerked for.  Judge Davis was simply the best.  Besides being an absolute awesome judge, he was a great man.  I am proud that the FBA is awarding this year's Ned to Donald L. Graham.  Judge Davis always loved Judge Graham and would be happy about this.

The Dade County Bar Association is also having its big party on September 9 at the JW Marriott.  The Presidential Award winners are: Sec. of Labor Alex Acosta, Judge Robert Luck, and Judge Lisa Walsh.  The David Dyer Professionalism Award is going to Judge Kathleen Williams, and the Johnnie Ridgely Award is for Judge Beth Bloom.

An all-star cast!
Posted by David Oscar Markus at 9:32 AM

Congratulations to Judge Graham. I have always enjoyed practicing before him.

So many awards. The Presidential Award? I've seen it all.

Strokers stroking strokers. The Trialmaster will not be there in all probability....

oh goodie, with all them awards, we must have the very very best-est judges... all great and magnificent and beautiful judges as our president might say...

Judge Graham is a great trial advocacy instructor during trial: "There is direct examination, cross examination, and re-direct examination. That's all." "State a succinct, legal basis for your objection. No more." Good times. A pleasure to appear before. Respectful and appropriately in control.