Mackenzie Garrity selected for the UM School of Law Stuart A. Markus award 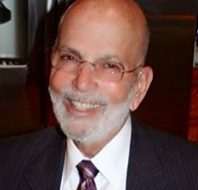 Friends and readers of the blog know that my family set up an award in my Dad's name at the University of Miami School of Law after he passed away.  The Stuart A. Markus Award recognizes an individual student each year for outstanding work in one of the School of Law’s in-house clinics. The winner is selected by vote of the in-house, live-client clinic directors.  The first award went to Bethany Bandstra.  Other winners include Lindsay MacDonald, Brittany Hynes, Sarah Bujold, and Romney Manassa.

This year the Markus Award goes to Mackenzie Garrity.  I received this letter from Professor Kele Stewart summarizing her accomplishments:

In the fall 2019, the Innocence Clinic received the State’s response to a federal habeas petition filed in the United States District Court for the Northern District of Florida. Mackenzie naturally emerged as the leader of the group, while dealing with the time pressure and learning about a case the Clinic had been litigating since 2012. The specific law involved in federal habeas petitions is complex, which added to the pressures of the case. Mackenzie remained calm and focused in her work and kept the team calm and focused. Her research and writing on the project was excellent. Her ability to work with other students, while learning the area of federal habeas law was exemplary. She identified the weaknesses in the State’s arguments with a logic that far exceeded her status as a 2L. While this project took the majority of the semester to complete, Mackenzie performed other clinic duties with great detail, care and timeliness.
Mackenzie was also assigned to draft a Petition for Writ of Mandamus in case where the clinic had been waiting for a year to get a ruling on a 3.850 motion. Based on her draft of the Petition, the First District Court of Appeal issued a show cause order which in turn prompted the court to issue its long overdue order.
The challenges posed by COVID-19 did not diminish Mackenzie’s dedication. She was assigned a case in which the Clinic has represented the client since 2013. The case has been hard-fought and an evidentiary hearing remains to be scheduled due to COVID-19 court restrictions. Mackenzie drafted a motion for the compassionate release of our elderly client who will be 80 in August and has diabetes among other ailments. This puts him at risk of death from COVID-19 according to the CDC. Mackenzie not only drafted the motion, but recognized the time sensitivity and drafted it  expeditiously. While there is no Florida law on the subject, she was able to find some authority and
analogize current federal law on the issue. After the motion was filed, the Judge ordered the State to respond and also ordered a response from the Department of Corrections. Most importantly, the Clinic was contacted by the prosecution to discuss a resolution that would result in the client’s release. Mackenzie has already drafted a response to the State’s forthcoming and anticipated response. Once the State’s response is received, her draft will be edited and a reply will be filed within hours.

My dad practiced law in Miami for over 50 years.  Throughout his career, he fought hard for his clients in every area of the law.  He never turned away a person in need, and helped countless people with practical, hands-on advice and representation that went far above and beyond the norm.  The Markus Award is given annually to a student who shares that caring spirit, and who has made a meaningful difference in someone’s life – which is something my dad did every day.

And thanks to Professor Ricardo Bascuas and Georgina Angones for their help in both setting up this award and for looking after it every year.  It means a lot to me and my family.
Posted by David Oscar Markus at 1:34 PM

Nice! Congrats To Mackenzie! And a fine memorial for your father.

Miami in a nutshell. 34 comments on Flynn and 2 on this. Pathetic.

In honour of the publication of the third and final installment in Hilary Mantel's Cromwell trilogy, I humbly offer this great quote about lawyers: "[W]e are not priests. We don't want their sort of confession. We are lawyers. We want the truth little by little and only those parts of it we can use."

You could do much worse during the quarantine than devouring these three novels.