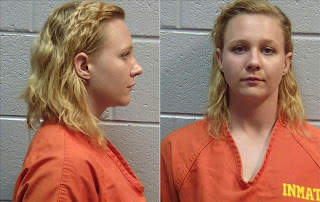 Reality Winner's detention upheld by the 11th Circuit.  From the Washington Times:


The 11th Circuit Court of Appeals affirmed Wednesday a district court’s order keeping accused National Security Agency leaker Reality Winner behind bars pending trial.
A federal appellate panel ruled 3-0 to uphold a lower court’s ruling detaining Ms. Winner, 26, effectively seeing she remains jailed until her leak case is heard likely later this year.
Ms. Winner was arrested in June 2017 in Augusta, Georgia, and subsequently charged in connection with sharing classified material obtained while employed at Pluribus, an Atlanta-based contracting firm, and ordered held until trial.
Defense attorneys had sought to secure Ms. Winner’s release from jail prior to court proceedings starting, but the 11th Circuit quashed that bid by upholding a lower court’s pretrial detention order, citing the likelihood of the accused fleeing the country.
“[T]he district court did not err in finding by a preponderance that Ms. Winner is a flight risk and that no condition or combination of conditions will reasonably assure her appearance,” the appellate panel wrote in the 5-page ruling affirming the detention order.


Here's the opinion.
Posted by David Oscar Markus at 10:44 AM

Former AFPD Kash Patel wrote the nunes memo. All you urrent and former AFPD's must be so proud.

Not that it matters, but he later served as a federal prosecutor.

G-d help us all if we have to be judged by the arguments we have to present on behalf of unpopular clients or positions. Should AUSAs be proud when they lock up some poor illiterate fisherman for 12 or more years for hopping on a boat with Cocaine because he was offered 2 or 3 years worth of salary to feed his children? If they are, they are sick. Should I be thrilled when I successfully argue to get an armed career offender acquitted of possessing a firearm that he would undoubtably use to rob or shoot somebody? No.

So, the guy wrote a stupid memo, seems he did the best he could by omission, but in reality it is not a terribly persuasive work. If you really want to hate on a lawyer, Yoo is worthy of animosity for helping to advance torture, not Patel for trying to do what all of us do....be an advocate .

I think it does matter. Patel left FPD to join DOJ where he undoubtedly honed his analytical skill and win at all costs mentality.

What's wrong with the memo?

i'm sure theyre very proud. seems like hes done quite a lot to tear down law enforcement. %fbiinshambles

LOL are you guys listening to yourselves? Since when are you fans of law enforcement? The memo is exactly what the FPDs do all day long....call cops liars with wherever evidence is available. Save your indignation...

Defense lawyers are proud to shine the light on bad, or corrupt, Leos. Are prosecutors proud when they are able to conceal it by arguing that disclosure is irrelevant?