1.  As posted earlier, your two new magistrates are Lauren Louis and Bruce Reinhart.  Here's a little more about them from their law firm profiles: 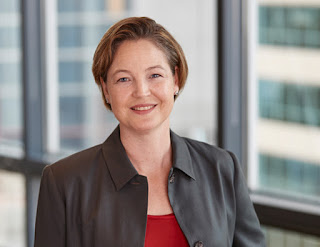 Lauren participates in internal and pre-suit investigations to analyze her clients’ civil and criminal exposure. Lauren is also designated by the U.S. District Court for the Southern District of Florida to serve as a Criminal Justice Act attorney, which allows her to represent indigent criminal defendants in Federal Court. Lauren was part of the trial team that represented Florida children on Medicaid, in which the firm appeared pro bono.

From November 2001 until July 2006, Lauren served as an Assistant U.S. Attorney in the Southern District of Florida, where she tried more than 25 jury trials, wrote approximately 30 briefs, and appeared twice to argue before the Eleventh Circuit. 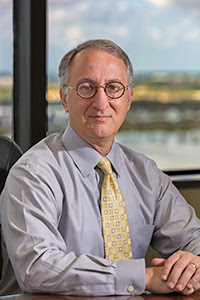 
Bruce E. Reinhart is a nationally recognized trial attorney and distinguished former federal prosecutor. Mr. Reinhart’s extensive experience includes having served as an Assistant United States Attorney in the Southern District of Florida for over 11 years, as Senior Policy Advisor to the Undersecretary for Enforcement at the U.S. Treasury Department, and as a Trial Attorney in the Public Integrity Section of the U.S. Department of Justice in Washington, D.C.


2. Amy Howe of SCOTUSBlog will be speaking today at the Federal Bar Luncheon. It's always a great talk.


3. Speaking of the Boies law firm, David Boies is in a little bit of hot water. From Slate:

Renowned liberal attorney David Boies represented Al Gore during the contested aftermath of the 2000 election and argued for marriage equality before the Supreme Court. Boies’ progressive legacy, though, is now in question in the wake of revelations about his involvement in the Harvey Weinstein scandal. In October, the New York Times reported that Boies, who represented Weinstein starting in 2015, was aware that the Hollywood mogul had settled with several women who’d accused him of sexual misconduct. Now, Ronan Farrow’s latest blockbuster in the New Yorker has raised the possibility that Boies helped abet a sprawling and costly conspiracy to cover up Weinstein’s misdeeds.

Farrow reports that in 2016, Weinstein enlisted Kroll, a corporate investigation firm, and Black Cube, a private intelligence agency, to try to stop outlets from publishing allegations of his sexual abuse. Kroll and Black Cube agents reportedly met with journalists and victims to obtain information and attempt to quash stories. Boies’ elite firm, which represented Weinstein, contracted with these companies, potentially adding a layer of attorney-client privilege to insulate Weinstein from the intelligence work he commissioned. Boies didn’t hand off all this work to associates. Farrow reports that the lawyer personally signed a contract “directing Black Cube to attempt to uncover information that would stop the publication of a [New York] Times story about Weinstein’s abuses.” Further complicating matters, he did so while his firm was representing the Times in a libel lawsuit.

Boies told Farrow that he didn’t think this was a conflict, explaining that he was doing the Times a favor by pushing the newspaper to vet its Weinstein coverage carefully. “If evidence could be uncovered to convince the Times the charges should not be published, I did not believe, and do not believe, that that would be averse to the Times’ interest,” he told the New Yorker.

This is pretty clearly nonsense. Legal ethics expert and Georgetown Law professor David Luban told us in an email that, at minimum, Boies could have run afoul of Rule 1.7 of New York’s rules of professional conduct, which bars lawyers from representing a client “if a reasonable lawyer would conclude that … the representation will involve the lawyer in representing different interests.” There are exceptions, but they require informed consent from both clients, which Boies did not provide to the Times. “We learned today that the law firm of Boies Schiller and Flexner secretly worked to stop our reporting on Harvey Weinstein at the same time as the firm’s lawyers were representing us in other matters,” the newspaper said in a statement. “We consider this intolerable conduct, a grave betrayal of trust, and a breach of the basic professional standards that all lawyers are required to observe. It is inexcusable and we will be pursuing appropriate remedies.”


More from Above The Law here.
Posted by David Oscar Markus at 9:20 AM

Our district is lucky to have such qualified lawyers become magistrates.

What’s your point? 25 federal trials is a lot of federal trial experience. She is going to be a federal magistrate and this is a good thing.

Kudos to David on this one. It is all quality versus quantity. However, the flip side of this argument is that you learn a lot more about the reality of war by being on the front line getting shot at from five different angles with nothing but your wits to survive as opposed to driving a tank through enemy lines.

My point is fed prosecutors are pampered and overrated - ask Gregorie. He came to the state attorneys office- got his but whipped but good in a few cases (overall not sure he won a jury trial there) and ran back to the feds where the odds were stacked in his favor.

What a silly and irrelevant argument to make in a post about a highly qualified lawyer becoming a federal magistrate.

Your point about silly and irrelevant being what, considering the participants in this discussion.

I will concede the lawyer is qualified. I'm sure she can write "motion to suppress denied" with the best of the federal magistrates. My point was 25 trials as a prosecutor in five years, in my milieu, is nothing to brag about. In fact, it's something most state AUSAs would try and hide. And in all seriousness, I do think most AUSAs are waaay overrated- but not having handled any matters with this putative magistrate, I have no idea about her trial skills and any offense taken at demeaning her is something I did not intend.

It's apples and oranges Rumpole. As was made clear when I saw you try a fed case a few years ago in front of Judge Marra. Ugly.

And no word from Rumpole about the man.