Pointing a laser pointer at a plane... (TWO UPDATES)

Thankfully, the 9th Circuit vacated one of the convictions, so he'll get resentenced.  From the opinion:

There ought to be a law against shining a laser pointer at
an aircraft. In fact, there is, and it’s punishable by up to five
years in prison, as appellant Sergio Rodriguez discovered for
himself. Rodriguez, his girlfriend, and their kids were fooling
around with a laser pointer one summer evening in the
courtyard of their apartment complex – trying to see just how
far it could go – and they shined it at overflying helicopters.
Rodriguez was convicted of Aiming a Laser Pointer at an
Aircraft, in violation of 18 U.S.C. § 39A, and was sentenced
to the maximum sentence: five years in prison. Rodriguez
does not challenge that conviction.
He also was convicted of another crime stemming from
the same conduct – Attempting to Interfere with the Safe
Operation of an Aircraft, in violation of 18 U.S.C. § 32(a)(5)
and (8). That crime requires proof of a willful attempt to
interfere with the operator of an aircraft, with either the intent
to endanger others or reckless disregard for human life.
Rodriguez was charged with and found guilty of the reckless
variety, and for that offense, was sentenced to fourteen years
in prison.
The evidence clearly shows that Rodriguez was rightfully
convicted of aiming the laser pointer at a helicopter (§ 39A).
However, there is insufficient evidence that he willfully
attempted to interfere with the safe flight of the helicopter
(§ 32(a)(5)). Rather, the evidence showed that he was
attempting to see how far his laser would go at night – a
stupid thing to do, yes, but there is no evidence that he was
trying to interfere with the pilot. Section 39A is designed for
knuckleheads like him. On the other hand, 18 U.S.C.
§ 32(a)(5) is designed for both the Osama bin Ladens of the
world – people trying to bring down a plane, intending to
cause harm – and those who are aware that their actions are
dangerous and could harm others, but just don’t care. The
failure to recognize this distinction is to fail to appreciate that
Congress saw fit to create two different crimes, one more
serious than the other, for two different types of offenders.


Meantime, another Judge Moore sentence is at the center of an 11th Circuit opinion.  The court says there was a procedural error:


Juan Gutierrez (“Defendant”) appeals his 72-month sentence of imprisonment, imposed for violating conditions of his supervised release in three separate cases. Defendant argues that his sentence was procedurally unreasonable because the district court improperly considered alleged criminal conduct by Defendant that had not been proved. Defendant also argues that his sentence was substantively unreasonable because the district court abused its discretion in weighing the factors under 18 U.S.C. §§ 3583(e) and 3553(a).
Upon careful review of the record and the parties’ briefs, we conclude that, in imposing sentence, the district court committed procedural error by largely relying on alleged criminal conduct by Defendant that the latter argued had not been proved by a preponderance of the evidence, and that the court did so after having stated that it would not consider this conduct. We therefore VACATE Defendant’s sentence and REMAND for a new sentencing hearing on Defendant’s revocation proceeding.


The opinion ends this way:


Because we conclude that the court committed a procedural error, we do not reach the question whether the court’s sentence would have been substantively reasonable had Defendant been properly proved to have engaged in new smuggling activity. We therefore remand for a new sentencing hearing at which the district court shall allow Defendant the opportunity to contest any information that the court is considering as a sentencing factor and at which the court shall consider only such conduct as is proved by a preponderance of reliable evidence.


Hmmmm. Where have I heard that before? Any bets on whether the sentence will be any different on remand?

UPDATE -- Big decisions by SCOTUS today, including healthcare.  Interestingly, Scalia uses "SCOTUS" in his dissent... first time that expression has been used in a Supreme Court opinion.  He says that Obamacare should be called SCOTUScare...  All kinds of funny memes on the internet about the opinion.  Here's one: 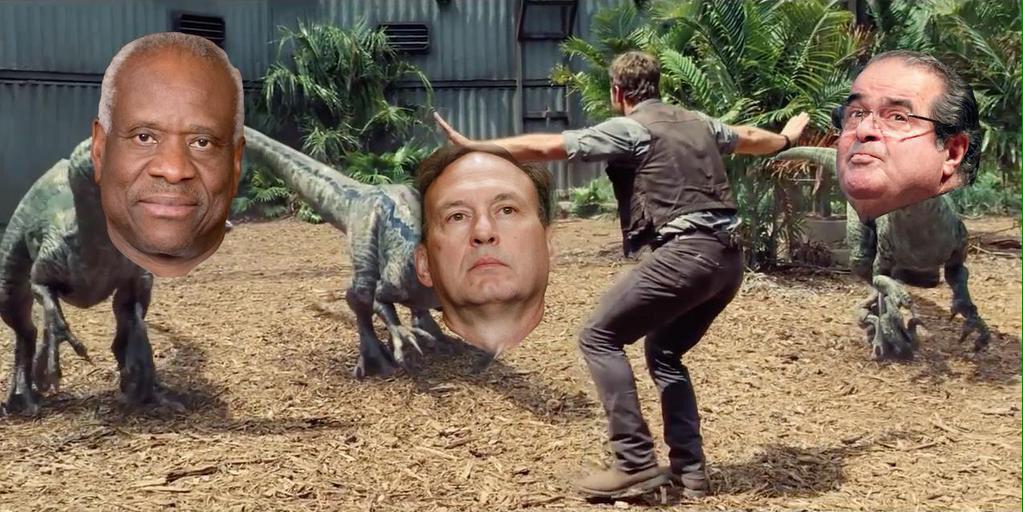 SECOND UPDATE -- Another sentencing reversal by the same panel with the same district judge here.

THIRD UPDATE -- And the same lawyer won both cases -- Richard Klugh.  Congrats!
Posted by David Oscar Markus at 8:53 AM

I know no one likes to give her any credit but Nancy Pelosi is the one who got the ACA passed.

Good thing the 9th Circuit vacated the section 32(a)(5) conviction. The defendant would have ended up deported after that. http://www.justice.gov/sites/default/files/eoir/legacy/2014/07/25/3789.pdf

5 years is ridiculous. No fucking mercy. Sentence in remand will be the same. In the drug case too. But nice wins.

Thanks for the information!