It's an information, so she's already got a plea agreement in place. From the USAO press release:

Earlier today, an Indictment was filed charging Marin and Daoud on charges of obstruction of justice and perjury. Also today, a Criminal Information was filed charging Kimberly Rothstein, Stacie Weisman and Scott F. Saidel with conspiracy to commit money laundering, to obstruct justice, and to tamper with a witness.

According to the charging documents, former Ft. Lauderdale attorney Scott W. Rothstein, who was the Chief Executive Officer and Chairman of the law firm of Rothstein, Rosenfeldt and Adler, P.A. (RRA), used the funds obtained from the operation of a Ponzi scheme to purchase tens of millions of dollars of real estate, vehicles, vessels, business interests, luxury watches, jewelry and sports memorabilia for himself, his wife, Kimberly Rothstein, and others. As part of his plea agreement, Scott W. Rothstein agreed to forfeit to the government all assets acquired with funds derived through the aforesaid Ponzi scheme. On November 9, 2009, agents of the Internal Revenue Service, Criminal Investigations, went to the Rothstein residence, where Kimberly Rothstein assisted the agents in retrieving what was believed to be all of the available cash, jewelry and luxury watches which had previously been purchased by Scott W. Rothstein with proceeds derived from the Ponzi scheme. In fact, before, during and after the aforesaid seizure by federal agents on November 9, 2009, Kimberly Rothstein, Stacie Weisman, and Scott F. Saidel knowingly took action to conceal certain items of jewelry, valued in excess of one million dollars for the purpose of preventing the government from exercising its authority to take such property into its lawful custody and control. Thereafter, Kimberly Rothstein and Stacie Weisman sold and attempted to sell a portion of this jewelry to and through various persons, including Eddy Marin and Patrick Daoud.

Kim Rothstein has issued her own press release through her lawyer David Tucker:

In response to the Information filed against Kimberly Rothstein, please be advised that Kim welcomes the opportunity to put a very challenging time in her life behind her.
Kim would like to take the opportunity to express her disappointment, shame, and sadness in regard to all of the victims of her husband, Scott Rothstein’s, actions related to the Ponzi scheme for which he has previously been sentenced. She had no involvement or knowledge of his fraudulent activity.
She takes full responsibility for her actions in regard to the charge filed today.
Kim is a vibrant, diverse, and deeply caring person who looks forward to being a productive citizen in the years to come.
This is a very difficult time in her life and we ask that the media be sensitive to her privacy in this matter. Any inquiries should be directed to her attorneys below. 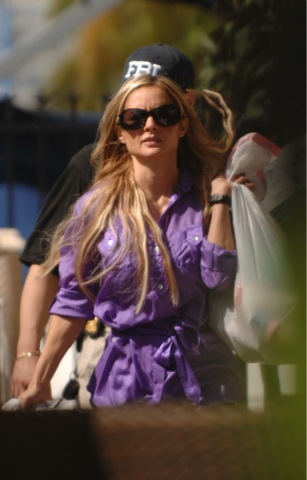 Greed baby - she got such a pass on the initial charges. All she had to do was not be greedy. Too bad.

It is a position some investigators would envy. Federal prosecutors in a Dubuque, Iowa court had amassed nearly two terabytes of electronic evidence --the equivalent of 2,000 copies of the Encyclopedia Britannica -- and 400,000 paper documents as evidence against a kingpin of an online pharmaceutical drug ring. But early last month, US district Judge Linda Reade dismissed with prejudice 10 felony counts against Armando Angulo after federal prosecutors told her the data had become too "difficult and expensive to maintain."

Man I've wanted to tapioca dat Kimmy for some time now. Maybe this is my opening. She is so "aging stripper" hot.

That may be the most bizarre press release I've ever read.

Seems little Kimmie has lots of connections in Coral Gables these days, and not just her lawyer Mr. Tucker. None of this is surprising though. The tenticles run deeper than anybody expected including Wilfredo Ferrers office.
In due time, everybody will get what they have coming.
Those who sit in silence, indeed have still sinned